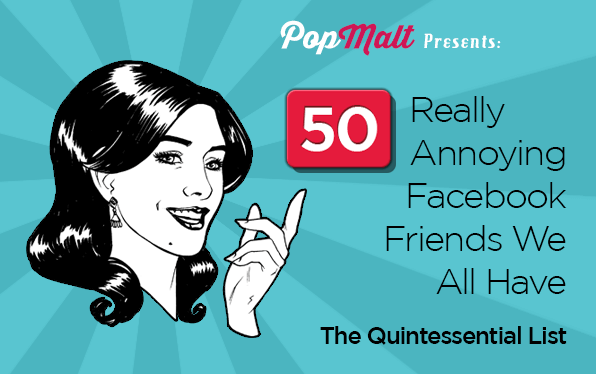 Facebook has a tendency to bring out some annoying traits in our friends, family, and contacts in general. Whether you’re new to Facebook, or an expert at this whole “pretend to have an amazing life” thing, chances are you’ve come across a few people who simply leave you questioning your faith in humanity.

A few years ago, I published an article titled “21 Really Annoying Facebook Friends We All Have“, which featured some seriously funny Facebook status shenanigans. After much thought, reflection, and yes, even some self discovery, I give you a fresh approach at humanity’s love/hate relationship with Facebook: The Quintessential List of Annoying Facebook Friends. How many of these annoying Facebook posts have you come across in real life?

50. The “Everything I Eat Or Drink Is Epic” Friend

Seriously, these friends are convinced that absolutely everything they eat or drink is epic. You can scroll through their entire Facebook timeline day-by-day to confirm this fact. 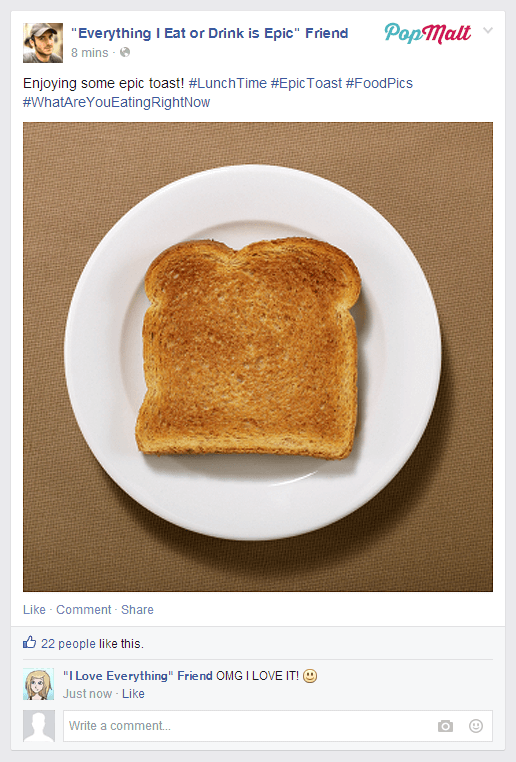 These friends aren’t hard to spot. Every single status update they make involves an e-card style image of some sort. These aren’t just the friends who occasionally post a meme, they’re the ones who create their own customized cards and post them daily. 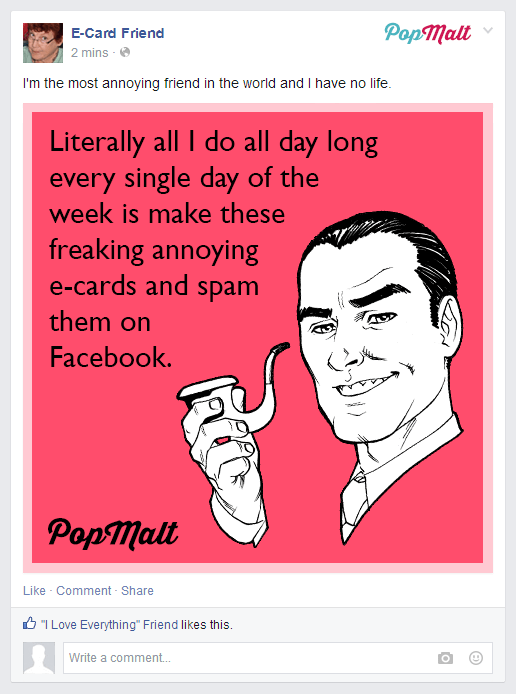 This is the friend who thinks he or she is by far superior to you. Everything they say and do shows this. They are better than you in every way. They don’t care about how their comments will make people feel. They only care about themselves. They often like their own inappropriate statuses too.

Every notice how some of your friends seem to have a lot more free time than you? They won’t straight up tell you this, but they’ll find subtle ways of letting the world know. In case you missed something in life, they’ll be sure you get the memo.

This friend just bought their first smart phone and therefore considers it their moral duty to add purpose to their life by documenting the most mundane details. They also think it’s cool to make every picture they take look like it was taken in the 70’s with a crappy camera. They actually believe they are capturing a monumental worthwhile piece of history that will eventually find its way into the museums of the future for generations to come ogle over.