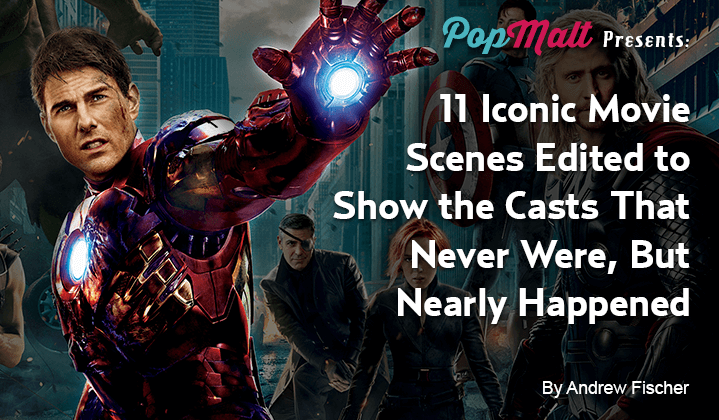 Good writing, directing, cinematography, and special effects only go so far when it comes to the Hollywood experience. If a film doesn’t have a stellar cast with magical chemistry, nothing can save it from fading into obscurity. Did you know that many of the most iconic movies of all time nearly turned out very differently from the versions we know and love? For any given role in Hollywood, it can be assumed that many people were considered, dozens even, at times. We picked the near-casting decisions we felt were the most interesting and digitally edited them into the movies they missed out on.

Here are 11 movie casting decisions that nearly happened that would have changed the course of cinema history, as well as many of our childhoods. 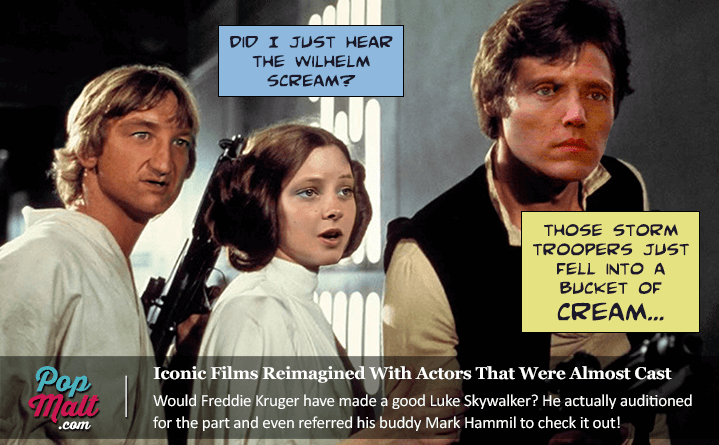 While the cast chemistry would have been greatly affected if even one of the main three characters had been changed, it’s scary to think how Star Wars and all subsequent films, games, etc would have turned out if Mark Hamill, Carrie Fisher, and Harrison Ford had all been passed up.

Luke Skywalker: Horror legend Robert Englund (best known for his portrayal of the murderous Freddy Kreuger in the Nightmare on Elm Street franchise) actually played a big part in the casting of Luke Skywalker. After first auditioning for the role himself, he felt it was better suited for a buddy of his, Mark Hamill, who he encouraged to audition. Thanks for not having an ego, Robert. Without your kind gesture to a friend, the very fabric of the Star Wars galaxy would have been altered.

Princess Leia: Reportedly, Jodi Foster was one of George Lucas’ top choices to play Princess Leia, but was unable to commit due to scheduling conflicts. Foster starred in eight feature films from 1976 to 1977, none of which came close to the level of success as Star Wars (To be fair, none of the movies in her entire career, as impressive as it has become, were more successful than Star Wars, which has been calculated to be the most successful movie franchise of all time). The role eventually went to Carrie Fisher.

Han Solo: If you believe in alternate universes and realities, perhaps, somewhere out there, people are balking at the idea that Han Solo could have been played by anyone other than Christopher Walken. In the real world though, the notion that Mr. Walken could have played our favorite stuck up, half-witted, scruffy-looking nerf herder is downright preposterous. It’s no secret that he auditioned for the role and was considered, however. While Christopher Walken’s audition tape doesn’t appear to be available to the public, Kevin Spacey once made a video impersonating Christopher Walken auditioning for the part of Han Solo. Admittedly, it’s an impressive feat. This is exactly how we imagine a Christopher Walken Han Solo audition, and the Deer Hunter star himself would be hard-pressed to do it better.

Al Pacino and James Caan were also on the short list for Han Solo, along with Billy Dee Williams, who ended up being cast as Lando Calrissian in Star Wars Episode V: The Empire Strikes Back.