20. The “Personal Message in Public” Friend

If you value your privacy, especially about potentially embarrassing subjects, these friends are your worst nightmare. As if gossiping wasn’t bad enough, these friends will gossip about your deepest darkest secrets with your other friends, right there in the open for all to see. If you’re lucky, they won’t know how to tag you. If you’re not so lucky? Well, let’s just say you’re not going to like what that little red notification icon brings you today. Remember back when you had braces and looked like a science experiment from Edward Scissorhands? Neither do your friends, let alone your new friends. After all, that happened before the days of Facebook and social networking, so you’re safe… right? Wrong, my friend. If you have a “Blast From The Past” friend on your friend list, your friends could see a picture of you in all of your former glory any moment. The picture will show today’s date, so unless you look a lot older now, your new friends might think this was just the other day… 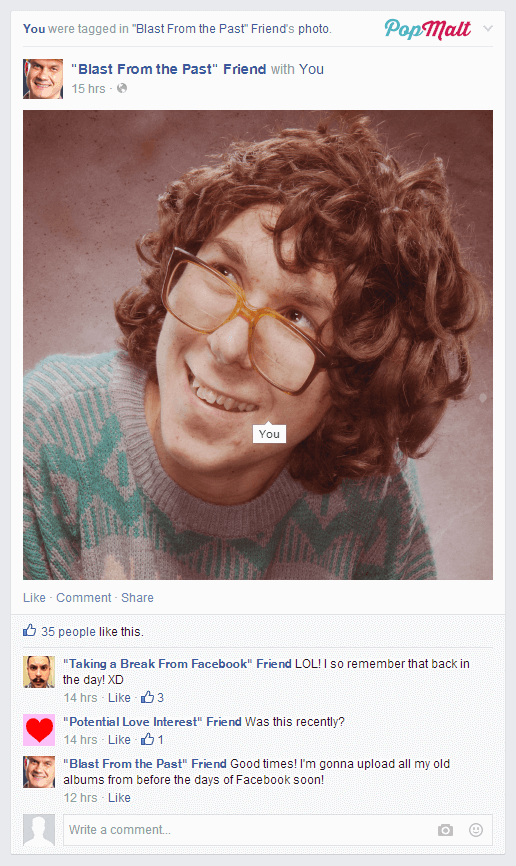 This friend watches too many movies (or listens to too much underground radio talk shows). Did you know that the government is running secret concentration camps in the basement of most large malls for people who don’t purchase health insurance? Every day these people are riding some crazy theory train and spewing it on all of our walls. 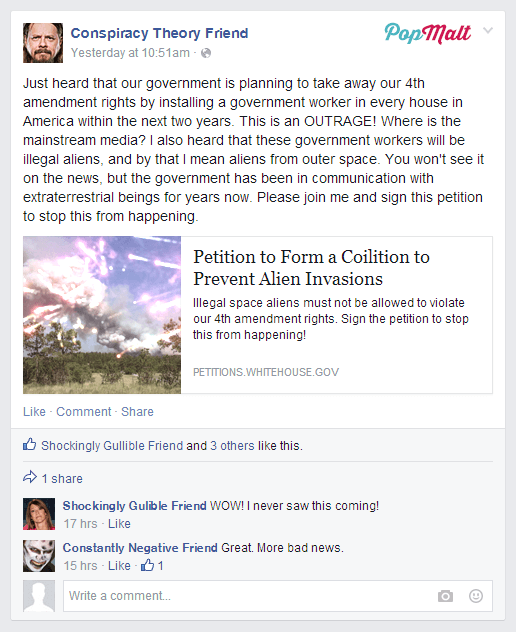 You have absolutely no clue who this person is, but they’re on your friend list. One day, you’ll run into this person at a party and you’ll both act like you don’t know each other. Clarifying the situation would be too awkward. You were going to unfriend them, but now you have to wait at least a few weeks, since you just saw them in person.

Let’s face it, everybody likes a nice virtual pat on the back from time to time. If others “like” your status, you feel accomplished and approved of, right? Well, these people take it to the next level. If a status of theirs goes unliked for too long, they’ll delete their original and repost it hoping more people see it the second or third time. If they repost it a few times and still don’t receive a single like, they’ll delete the post altogether and pretend it never happened. (Fun fact: If you haven’t refreshed your timeline, you’ll spot these people easily enough even after they delete their status.)