There’s really no escaping these friends. Sooner or later, you’re bound to be graced by the presence of a Facebook ad that you hate, all because of one of your friends felt the need to like something stupid. Yes, you can hide the ad, but these friends don’t typically stop with one stupid “like”. A few days later, another suggested ad will rear its ugly head and say “Your friend likes me and you should too!”. Yeah, no. 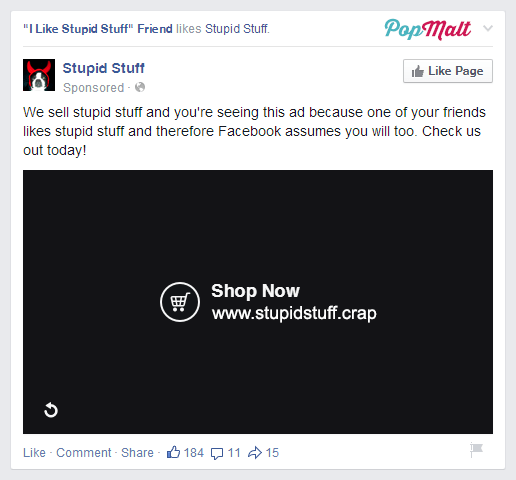 These friends are always posting inspirational or theological quotes originally said by people much smarter than all of us. These friends might actually be intellectuals, but that’s not really what’s important here. The important thing is that you think they are intellectuals. 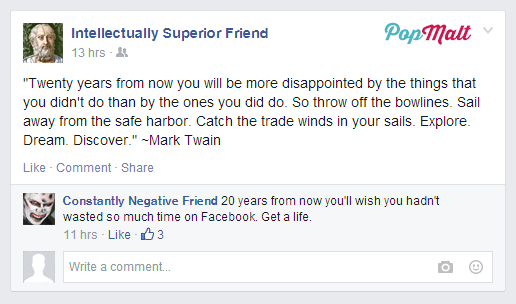 Is this dress blue and black or white and gold? What color is your bra? It seems like every few months a giant trend wave overtakes Facebook for a day or so with no explanation. Without fail, at least one of your friends will be in on this from the get-go, but not you. No, that would be too easy. Why is everybody posting one word? Why is everybody changing their profile picture to a cartoon character? What is going on! Calm down, young grasshopper. It’ll all be over in a few short days. 6. The “My Life Is Better Than Yours” Friend

We all have at least a few of these people on our friend list. All they ever have to say is how great their life is. They won’t just say it’s great though. They’ll throw a little humble pie into the mix so it doesn’t look like they are bragging. Even so, literally every status update they post is better than your entire life has been so far.