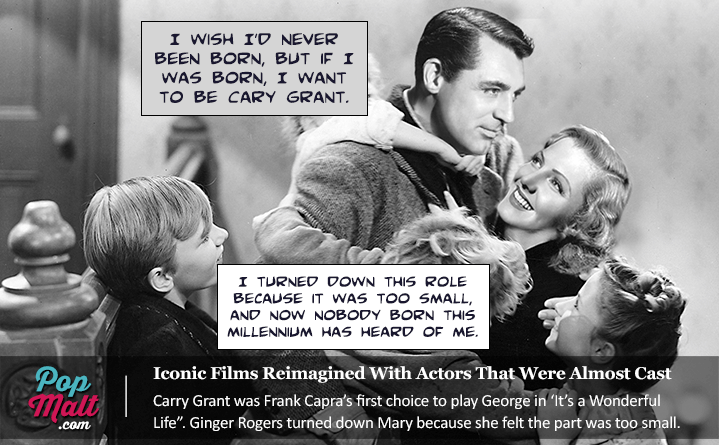 Alright kids, if you haven’t seen It’s a Wonderful Life, you’re missing out at Christmas time. It’s one of the more popular black and white movies that is still watched to this day.

George Bailey: Cary Grant, who was huge at the time, was first choice for the lead in the movie’s early stages of development (it was called The Greatest Gift at the time). For unknown reasons, this never happened, and Jimmy Stewart was cast instead.

Mary Bailey: Ginger Rogers, who was well-known at the time as well, was offered the role of George’s wife Mary, but rejected the offer because the part was smaller than she was used to. Ironically, Donna Reed, who got the role, is still being seen in this “small” role every Christmas, while Ginger’s movies are collecting dust in retirement homes (OK, maybe they’re being watched in those homes, but millennials certainly haven’t heard of her).