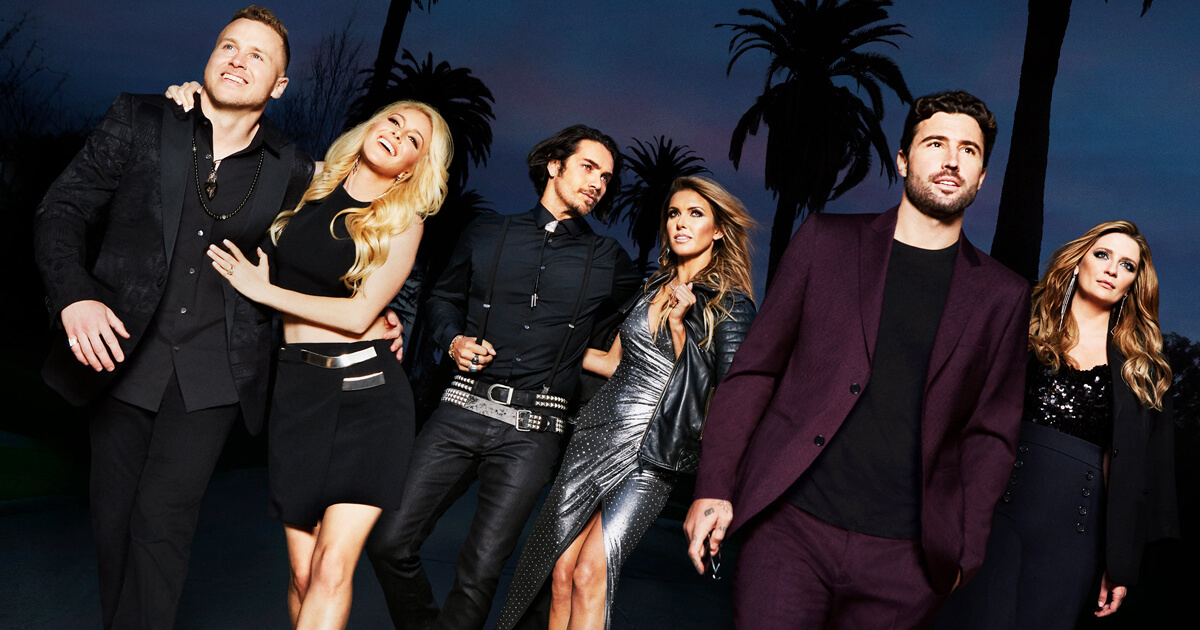 Nashville, Tennessee: the home of country music. Music Row, The Grand Ole Opry, and the Country Music Hall of Fame and Museum are all prime locations to immerse yourself in the history of country music legends; but though Nashville is known for its rich country history, musicians from many other genres are making it there too. If it’s music you’re looking for, you’ll find it in Nashville. Just take its emerging pop scene, for instance.

Rising indie-pop artist SÜ a.k.a. Jess Soccorsi is a key example. She recently found refuge in Music City as well, as her singer-songwriter career has begun to take off. From BMI showcases to writing music for national television, SÜ is proudly establishing herself in the music business. Her latest single ‘Talk Me Down’ features an electrifying groove laced with funky bass lines and syncopated handclaps that will perfectly accompany listeners as they ride their last wave of Summer 2019. PopMalt chatted with SÜ about music, relationships, and just how quickly the music industry continues to evolve.

PopMalt: “Thank you so much for talking to PopMalt today!”

SÜ: “Of course! Thanks so much for having me.”

PopMalt: “For sure. I think it’s awesome what you’re doing…you have the freshest tracks, the hottest stuff right now. I love your sound.”

SÜ: “So, it’s a funny story—well, it’s not really ‘that’ funny. My middle name is Sue, and that’s where I first got the idea for it, but my middle name is spelled S-U-E, and I have been trying to fit within this indie pop lane, kind of on the same playlist as things I listen to. So, I just decided to market it that way, with the capitals and the umlaut, haha—keep it indie.”

SÜ’s bright synth-pop jams provide grooves for days, enough to shake even the stuffiest cynic out of their own oblivion. Her melodies are uplifting, her vocals are soothing, and her beats are mesmerizing. MTV thought so too. She recently provided some of the music featured on The Hills: New Beginnings.

PopMalt: “Tell me how you guys got that whole gig with The Hills and stuff. I mean, ’cause, first of all, I love “New Wave.” It sounds very—I guess my first thing was, it was kind of like this ‘anthem-y’ kind of sounding track?”

SÜ: “Yeah, we kind of went into that writing session being like, ‘Let’s write something anthemic. Let’s write something that feels like freedom, that feels like, “let’s all encourage this generation.”‘ That kind of a thing. So, we went into the writing session with that kind of a mentality. You know, making change, making a new—bringing something cool about. So, we were like, ‘Okay, let’s call this song “New Wave.”‘ Yeah, we were just lucky to land on The Hills. That was kind of just like—honestly, the people that we are working with here in Nashville pitched it to some of their music supervisors at MTV, and MTV liked it, and they wanted to throw it on The Hills. So, that was really awesome!”

For over a year and a half now, SÜ has been gaining an online following simply by dropping singles. No album. Just singles. And, it’s working.

PopMalt: “Can you kind of talk about—there’s been this wave or trend the past couple years, I would say. I don’t know, I’ve noticed it the past four years, where everyone’s just putting out EPs now and dropping singles. There’s just not this pressure to put out a full-length LP anymore…I just feel like, LPs—they are put out, but, I mean, I’m seeing major labor artists put out EPs. Like, it’s just a normal thing…Nowadays, I feel like ‘EP’ is kind of the choice thing to do, or dropping singles that have no attachment to any kind of project. Can you kind of talk about that, like where that trend came from or how you relate to that?”

SÜ: “It’s funny, because I legitimately have really only been doing it this way out of necessity, so to speak. Haha!…The strategy hasn’t been to put out singles for the sake of ‘following where music is moving.’ It’s more so, that I’m putting out singles because it’s how I can complete it, when I can complete it. You know, just because, as an indie artist you don’t have label backing. You don’t have a publishing backing. So, there’s a lot of, ‘Do it on your own! Try to get all the funds together!’ That’s a very real thing. So, I think for me, [I’ve been] trying my hardest to get things done in a timely fashion to where we can keep momentum, but where it’s like, ‘Hey! I’m just gonna put stuff out as it’s ready because I’m excited about it, and I want people to have it’ and to not worry about whether or not it’s part of a full-length record or even an EP. I would really like to have an EP or a record come out in the next year, and that’s definitely the goal. But, I think what it will look like for me is that we just start fresh; that we just have an EP of brand new songs, or a record of brand new songs, and that these singles will just have been kind of a buildup to that, so to speak.”

She markets her singles well too, with teasers on social media, and an amazing graphic design team. These mini releases give SÜ fans music content to snack on more frequently.

SÜ: “Yeah, I do think it is definitely the trend. I think people’s attention spans are way smaller these days, and I think that the ability to ingest music and digest music is so much quicker. You want it, and then you want to consume something else. So, I think singles are a good way for people to have their attention on that piece of art for a short amount of time. Then, by the time they’re ready for something new you can put out another one.”

PopMalt: “Yeah! I just think streaming has just changed the game…I just feel like streaming has changed that, where it’s just like on-demand music—like, BAM—right there, just ready and available…I feel like maybe it’s because people are not wanting to wait two years for new music? You know, like every two years you put out an LP.”

SÜ: “Yeah, I think that that could be a part of it. I think that that’s definitely a part of some people’s strategy…I think that there’s definitely still a place for the full-length album [though], and for there to be EPs as well. But, I’ve also been noticing people do two singles at once like, ‘Here’s my single’ and you get a bonus one with that single on the same day. So, yeah, I think there’s just no rules in the game anymore. You know what I mean? I don’t think there’s any parameters. I think people just do it how they feel to do it, and people are always gonna want new music…”

In SÜ’s case, she originally moved to Nashville to be a songwriter for other artists. Recently, she was featured in a BMI Showcase back in April. These showcases are great opportunities to help songwriters get exposure in the industry. However, being a songwriter is clearly not all that she’s capable of. SÜ has successfully been able to navigate her own artist career while simultaneously supporting the careers of those around her. We asked her what her preference was when it came to musical expression.

SÜ: Yeah, that’s a really good question, ’cause I would say I would instinctively prefer to be in the studio writing, ’cause I just absolutely love writing. When I first moved here I wasn’t really introducing myself to anybody as an artist. I was introducing myself to people as a writer. So, I was supporting a lot of people’s projects and writing for them—writing for pitch, writing for things that we would hopefully pitch for other pop artists, because I just genuinely enjoy that process and love to write. So, when it came to me creating my own artist project, which is SÜ, I still am in that frame of mind of like, ‘I want to be in the studio’ creating singles or creating content…like hopefully working up to an EP or a record.

Her background in songwriting clearly bleeds through in the depth of her lyrics as an artist. Take her song “Cathedrals” for instance. The words paint a picture of a love that’s strong:

SÜ has also discovered that when it comes a music career that’s designed to last, she must surround herself around the right people, “I think, maybe, there’s just something about Nashville that feels like—[it] has the music scene, but it also feels like a hometown. And so, it’s been a really good place for me. I’ve made some great friendships here, I have a great church that I’m plugged into, and I just feel like I’ve got community…”

SÜ goes on to mention the genuine nature of those people she’s encountered, “I think the thing that I like the most about the music scene here is that, for the most part, pretty much, everyone you come across that’s in music really does have a passion to sort of help you. You know, they don’t hold connections too tightly or anything like that. And, I think there’s been a lot of organic, natural friendships that have formed here in music…People just see something that you have that might match someone they know and they’re like, ‘Let’s get you guys connected!’ And so, it’s just been a really good time for me here, and it’s been really fruitful in a lot of ways.”


Nashville’s been good to SÜ, and her music’s been good to our ears. Listen to “New Wave” by SÜ right now, featured on MTV’s The Hills: New Beginnings here.