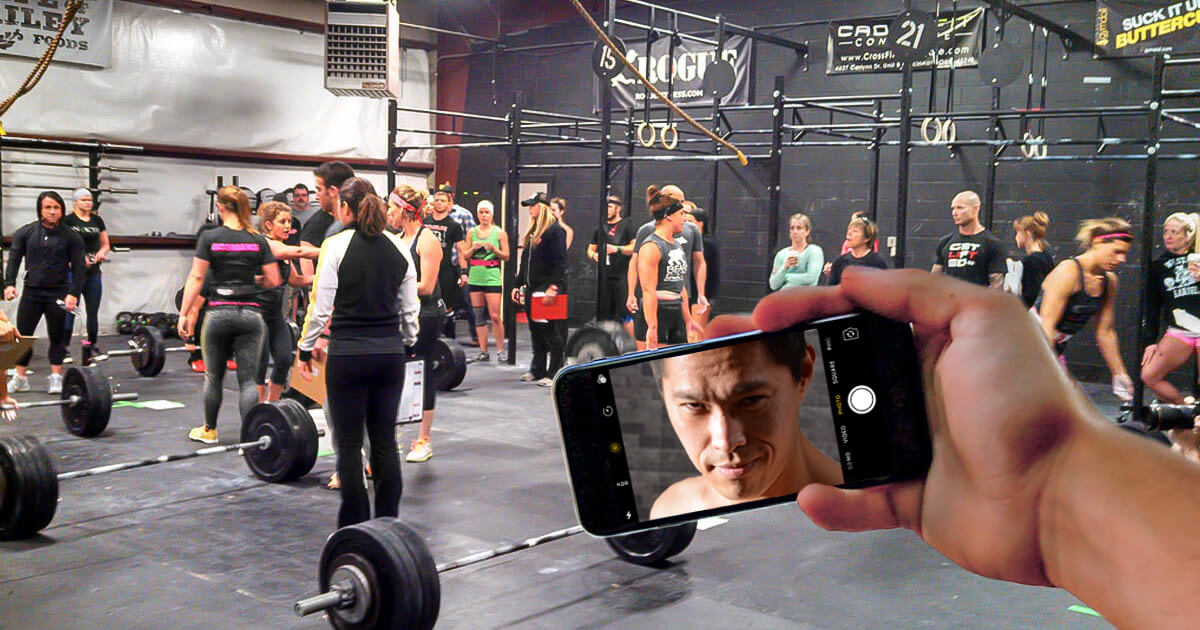 CrossFit, the sport that put the post-WOD (workout of the day) social media post on the map, is reportedly considering doing away with the widely-disputed requirement. Sources close to Reebok leadership confirmed these rumors, which have been met with mixed feelings from the sport’s athletes. This potentially game-changing decision comes in light of a controversial new scientific study claiming that posting on Facebook after a workout provides no substantiative health benefits for the athletes. Reebok denied the study had any merit in their decision-making process, blasting it as inconclusive at best.

In a widely publicized appearance on ABC’s Good Morning America last year, two-time CrossFit Games national champion Brock Rosenthal broke ranks by becoming the first athlete to speak out publicly against the rule. “Imagine completing a full workout of the day—let’s say it was Fran, Filthy Fifty, Murph, or even a Chelsea, but then forgetting to post about it? According to the current rules, the entire workout wouldn’t even count!” Brock’s words ignited a firestorm of controversy in the hearts of CrossFitters nationwide. Since then, thousands of people have taken part in public demonstrations in which ridiculously difficult workouts were completed but not posted about at all online.

Not everyone is excited about the potential rule change, however. “It’s crazy”, one athlete said, “If I do an Angie workout, I want all my friends to know how tough it was—especially the single ladies. People need to know how intense my workouts are, even if they involve a large amount of kipping and heaving my body to complete the reps.

The post-workout social media status has been a staple in the CrossFit world since the sport was founded, but most fitness experts agree that it’s time for Reebok to shelve the practice. Leading exercise coach Shawn T, of the Insanity workout program admitted he had considered including five reps of social media posts at the end of his popular circuit training program, but that, in the end, he had opted to simply include more working out instead. He reasoned “If you still have the energy to post about your workout when it’s over, then I got news for you. It ain’t over. Dig deeper!”

“We remain committed to CrossFitters on both sides of this challenging issue,” Reebok officials said in a statement this morning, “but it’s imperative everybody understands that until and unless a decision is met and officially announced, the post-workout of the day status requirement is still in full effect and is being strictly enforced. No exceptions are being made at this time, even for individuals with low friend or follower counts.”

Many CrossFitters feel if Reebok removes the social media posting requirement, it could set in motion a slew of regulatory changes that have ramifications far beyond the sport. “There’s no telling where dangerous thinking like this can lead,” a CrossFitter said anonymously off the record, “Just like in the food industry, where it’s no longer a requirement to take a picture of your meal before you eat it, people may soon be working out just for the sake of working out—no social validation required. With that mentality, how will anybody know who works out and who doesn’t? That’s the reality I fear may come of all this.”

Reebok hopes to reach a consensus decision on the issue prior to the start of next year’s Open competition. It is unclear whether any rule changes would affect other sports sponsored by Reebok, such as Spartan Race and UFC.