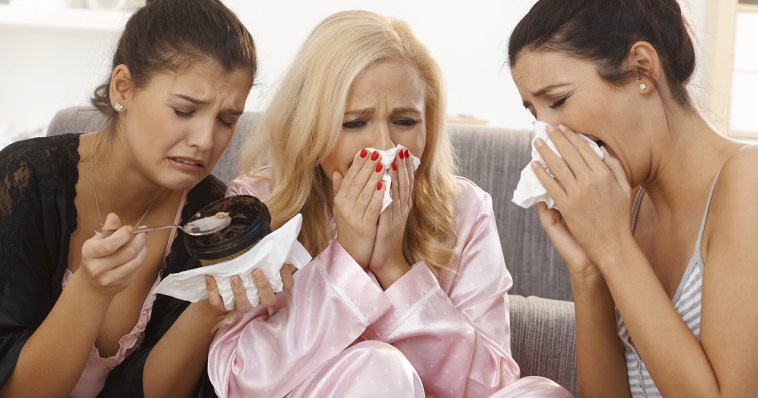 Roommates. Can’t live with them, can’t pay the rent without them. As long as you’re not still living in Mom and Dad’s basement, you’ve probably come across some of these beauties of homicidal rage. We’ve all heard the stories of moochers and Scrooges, of neat freaks and slobs alike. Now here are the best of the best in all of their glory. Remember: most of them were once your friends.

20. The “I Forgot My Key Again” Roommate

With the amount of times that this guy forgets his key, you’re amazed he can remember where he lives at all. But like the pets on “Homeward Bound,” this guy performs this geographical miracle just about every night, meaning you’re waking up at 3am with him knocking on the door and blowing up your phone with desperation. You’re about one bad night’s sleep away from pinning the stupid thing to his jacket like mittens. But then he’d probably forget his jacket.

Oh, to live in this poor, deluded creature’s world. After drinking all night and sleeping all day, it can be tough to recognize the end of the month. And while he’s not ponying up his half, you’re struggling to convince the landlord not to kick the both of you out. You’re tempted to nag him constantly at the end of each month for his check, but what are you? His mommy?

This roommate usually explains the mystery of both forgotten keys and forgotten alarms. Failing at being an adult, this creature of habit likes to stay up late, sleep in, and otherwise continue an existence meant for a budding undergrad. He stumbles home loud and obnoxious and filter-less while you cram your pillow over your head. As far as you know, he holds no job and has no plans to change that fact anytime soon. Which makes you wonder: how exactly is he paying his share of the bills?

17. The “You’re My Therapist” Roommate

A variation of the “You’re My Best Friend” roommate, this roommate likes to dump all of her woes on you at any given moment. She can turn any topic around to reflect her whining and her problems always, always put yours to shame. You had a bad day? Hers was worse. You had some troubles in your childhood? Oh, she could teach you a thing or two.

No matter what her issue is that day, it needs immediate and lengthy attention. And if you don’t humor her immediately, you’re the worst person on the planet.

16. The “I Only Communicate Through Passive-Aggressive Notes” Roommate

You leave a pan to soak and she sticks a Post-It to the faucet about your lack of cleanliness. She thinks you’ve eaten one of her yogurts and a note materializes in the fridge. You forget to turn off the bathroom light before you leave for work, and by the time you return, the light bulb’s missing. She’s a bit like the “I Own Everything in the Apartment” roommate, only with the inability to grow a pair and actually confront you about her issues. She loves building drama bombs as long as she’s not around when they explode.

Todd St. James is a freelance writer for PopMalt.