Let’s face it, emojis are the only thing that humans across the entire world can actually all agree on. Kids love them, teens use them more than actual words, moms and dads all over misuse them like ballers every night, grandmothers from countries that speak another language are fierce with them! Everybody has fun with them.

Instagram released a report detailing their data which saw an explosion of increased use of emojis between many users who didn’t speak the same language as each other. Yes, people can actually communicate without words (the Egyptians had hieroglyphics, we have emojis.)

Emojis are so hot right now that even Forbes magazine has been featuring pieces about emojis. They quite eloquently once defined them like so:

“Emojis are small digital images that are accessible through virtual keyboards used for expressing emotions on smartphones, tablets and PCs.”

Just like us, every Emoji has a unique story behind them, but they also come with a set of unwritten social rules. Emoji meanings can be different from person to person. Next time you’re thinking of using one, consult this handbook first, or risk being shunned by society. You’ve been properly warned.

I won’t spend much time on the general smiley face emojis, because they are universal and require no explanation. Your brain should recognize the yellow circle with black eyes from a lot of imagery. It dates back to the “Have A Nice Day” smiley face from the 60s, but also early emoticons and computer generated smileys used yellow as a uniform color for skin. The Simpsons also has characters with cartoonish yellow skin. These faces are the cave paintings of modern human life. I will leave you with this real life example of this human behavior. These are screenshots of me texting with an international Air Bnb guest for a side job. Notice how much more of his personality comes through every time he sends a message.

While his personality is clear, you’d never guess how I was feeling because I didn’t use emoji icons. (This would even be a proper place to use one, but to further make my point, I’ll refrain.)

To start us off, I give you: “Sarcastic Winky Face Guy” – a sleeper emoji with loads of potential.

Winky Face Guy can be used among friends, family, co-workers, and your spouse. He holds infinite power to make people laugh. This is because one of emojis amazing qualities is to disarm a potential conflict. Imagine this: your roommate texts “I know you ate all my tacos! WTF!” You can turn the situation around by texting back “I know, I’m sorry, I was starving I’ll replace them when I’m home!”, and inserting our friend, the Sarcastic Winky Face Guy. Conflict disarmed. This technique can be applied to many situations and achieved with the right emoji.

It should also be noted here that the Sarcastic Winky Face Guy has a lot of potential to get very bad, very fast when used by an annoying boss or co-worker.

These three bros are the biggest Jabronis in the crowd. Just look at ’em! They’re all sticking their tongues out at us. Now, that might make you think they’re all happy go lucky, down to earth Jabronis, and at a glance you might be tricked into thinking so, but when you take a closer look, you realize there’s one that isn’t on the same level as the other two. The first two are “acceptable”. They are both appropriate for a response to a friend when they get a promotion or free tickets to a concert, or to add excitement to any text message, but the one on the right doesn’t work like his brothers. He is…

Is he seriously sticking his tongue out with his eyes wide open? It’s unnatural. Try to mirror that expression right now and stick your tongue out without closing your eyes. Do you feel weird yet? The expression on the emoji’s face is one you see at Coachella and Lollapalooza. Is he thirsty? Is he rocking out? Is he a dog? 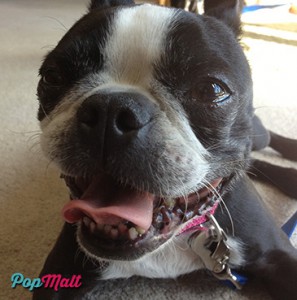 These are all each very useful and heartfelt emojis for showing real affection. However, as you may have already noticed, the creeper emoji from the Totally Radically Awesome Tongue Dudes snuck back in there like a guilty party trying to get off as innocent in a police line-up. Ignore his fish lips and pray to your fingers you never hit him. Why is he placed in-between two great emojis? Why couldn’t they have placed him on the far right, minimizing the risk of mistakenly sending something like this to your lover:

The kissy face with a heart is one you hope your significant other sends after a long week saying things like:

This is an intermediate to advanced technique that can be used with any combination of emojis. Notice the subtle difference between the Kissy Heart Face blowing a sexy kiss compared to the “I care about and respect you” undertone that comes through when you use a combo of the other two kissy faces. Experiment with different combinations and let us know if you have any favorites of your own!

Ian Dick Jones is a writer from Chicago who has sweat profusely for the last three years in LA. Ian loves to type and listen to experimental music. He works as a freelance writer all over the internet.