These two represent different levels of anxiety, most likely after receiving some bad news: 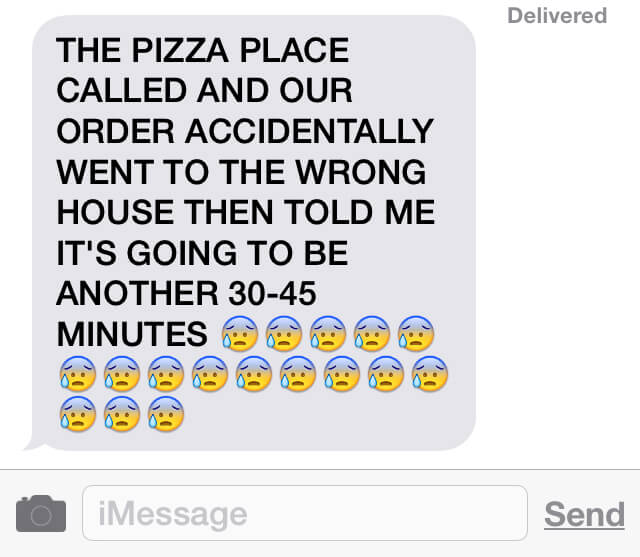 This is another versatile emoji that can adapt to many different situations such as: 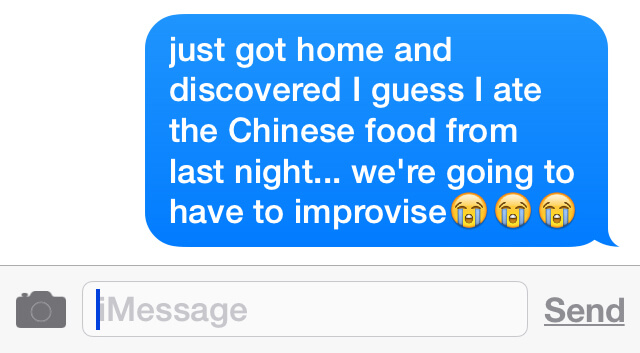 This emoji packs the biggest punch when used as a stand alone response:

It also works well when you are fighting off a panic attack.

3. The Wall of Sound

Phil Collins may have pioneered the “Wall of Sound” technique for producing hit records, but the sky is the limit for the champion of the “Walls of Emoji”. This technique is done by replacing every character in your text message that isn’t a word with an emoji for both emphasis and aesthetic purposes. Notice how even the text in the next message looks like a ghost. The possibilities for creative juxtaposition are endless.

The X Eyes face is a great emoji. It can single handedly express and communicate volumes about the human condition. X Eyes is most commonly used in a response to tragic news, with the sender expressing their utter loss of hope in humanity.

Now, this thing technically isn’t an emoji, but I always have this stored on a note ready to copy paste and fire off at any time of the day, if you know what I mean. If you don’t know what I mean, I have nothing to say besides ¯\_(?)_/¯.

If people used Magical Shrug Emoticon more in their daily life I honestly believe we’d have less wars. It communicates complete and utter understanding better than any string of words (or even emojis) could achieve…

Magical Shrug Emoticon is ready for anything and everything!

What are some of your favorite uses of emojis? Has a wrong emoji every caused a major problem for you? What’s your go-to emoji for disarming a potential conflict? Let us know in the comments section below.

Ian Dick Jones is a writer from Chicago who has sweat profusely for the last three years in LA. Ian loves to type and listen to experimental music. He works as a freelance writer all over the internet.