It’s early morning (as in past midnight sleepy time) and you have to get up early like most responsible adults in this world. You forgot to turn your phone on silent and it’s almost as if this friend knows that. They’ve been out partying, perhaps a little too much, and it shows. They don’t have anything important to say and they have no concept of normal people’s sleeping patterns. Their funny text messages at 3:00AM are the bane of your existence. 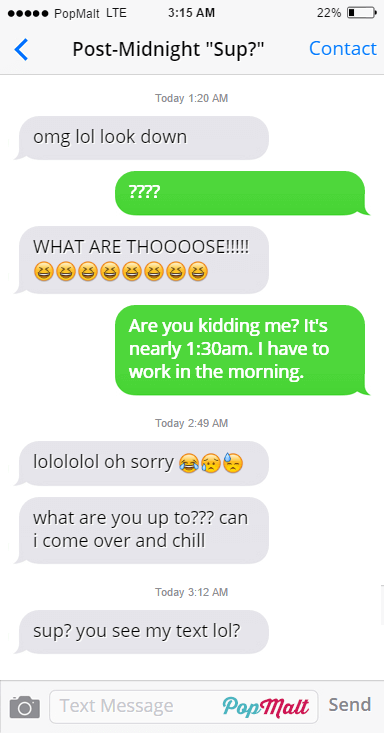 It’s been 6 months since your very painful breakup and you’re finally picking up the pieces of your life and starting to inch forward again. Then, as if on some sort of schedule, your ex texts you out of the blue. Do they want to get back together? Do they realize you’ve moved on and don’t need to be thinking about your relationship anymore? Then again, those were good times… 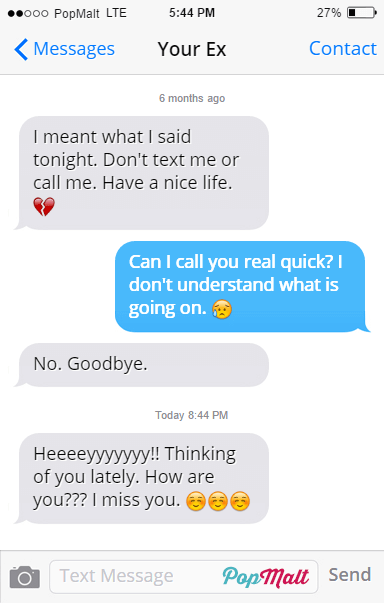 13. The I Just Died (Not Really) In the Middle of This Conversation

You’ve been texting this person back and forth with no delay in responses for at least 10 or 15 minutes now. Suddenly, you get a great idea. You ask them if they’re up for it, fully anticipating a response time that mirrors that of the rest of this conversation. Minutes go by, then hours. No response. They will later tell you that something important came up right exactly then. Of course it did. You know the truth. They may not have actually died mid-conversation, but they are now dead to you nonetheless. 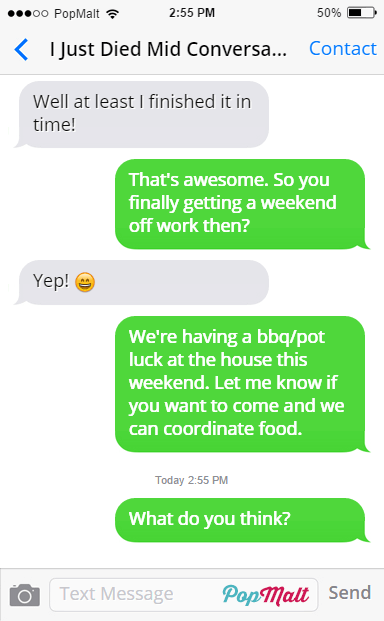 12. The Chill Reply a Week Later

Sadly, the “I Just Died In the Middle of This Conversation” texter often times turns into the “Chill Reply a Week Later”. You’ve been wondering if it’s something you said for days now, maybe even a week. You’ve prayed, soul searched, and self-reflected on that infamous text conversation until you could take no more of it. Miraculously, despite your fragile emotional state, you’ve just about come to terms with the fact that maybe this person really did die. Then your phone dings. Well, well, well, look who suddenly found time in their schedule again to get back to you. 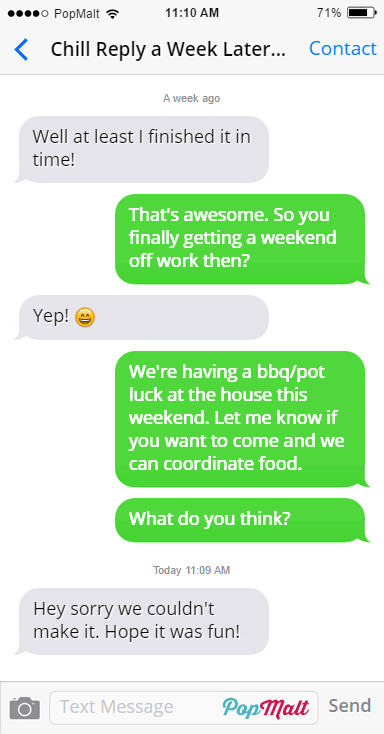 This friend includes you on massive group texts on a regular basis. Do you know most of the others on the list? Of course not. You have no clue who they are, but that doesn’t stop them. These people chat and chat all day long, blowing up your text messaging app with gossip and banter. You have 42 new text notifications. Thanks, Group Text friend.