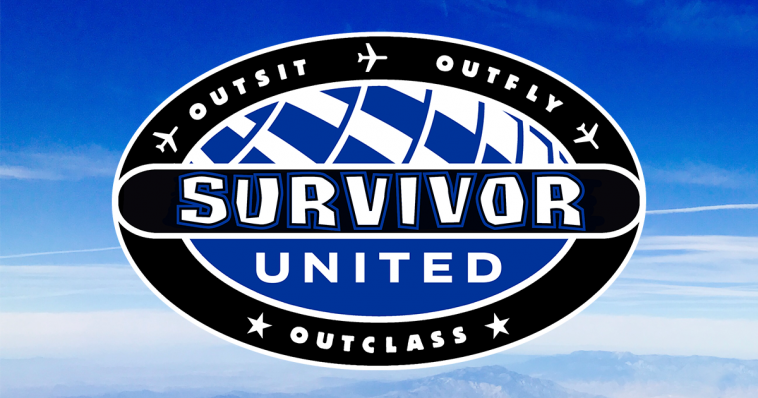 BREAKING—CBS and United Airlines have just announced a new season of Survivor that is sure to keep audiences on the edge of their seats—and contestants competing to keep theirs. It’s Survivor: United and it’s coming to a United Airlines flight near you.

According to show producers, the 35th season of the hit reality show will take place on a random United Airlines flight in coming months, a departure from past seasons in which contestants were knowing participants.

“People who regularly fly United are better prepared to be on this show than passengers of other airlines,” host Jeff Probst told reporters. “We’re excited to take Survivor to new heights while expounding upon the experiences United passengers are already accustomed to.”

“It’s not just our passengers who are ready for this—we’ve been training for this moment our entire lives,” one of United’s security officers said. “Most of the guys here wanted to be WWE stars or something, but also really wanted to work for a major airline. With United, we get the best of both worlds and we don’t even have to deal with refs.”

“Passengers will be kicked off the plane one by one,” United said in an interview. “We’ll provide parachutes, of course—that is unless our crew needs them for whatever reason.”

All 16 episodes of Survivor: United are set to film in the coming months on a random 16-hour international flight. United stressed in a recent statement that all potential passengers of its flights in the coming months should check their cell phones, as only authorized video crew will be allowed to film. “What happens on United stays on United,” a spokesperson for the airline said, “We need to be sure this is a positive experience for everyone lucky enough to find themselves on that flight.”

According to show producers, contestants will be offered more and more money until nobody else is willing to leave. Then, the final contestant will be publicly humiliated, beaten on video, and then given the opportunity to sue for their prize of a million dollars.