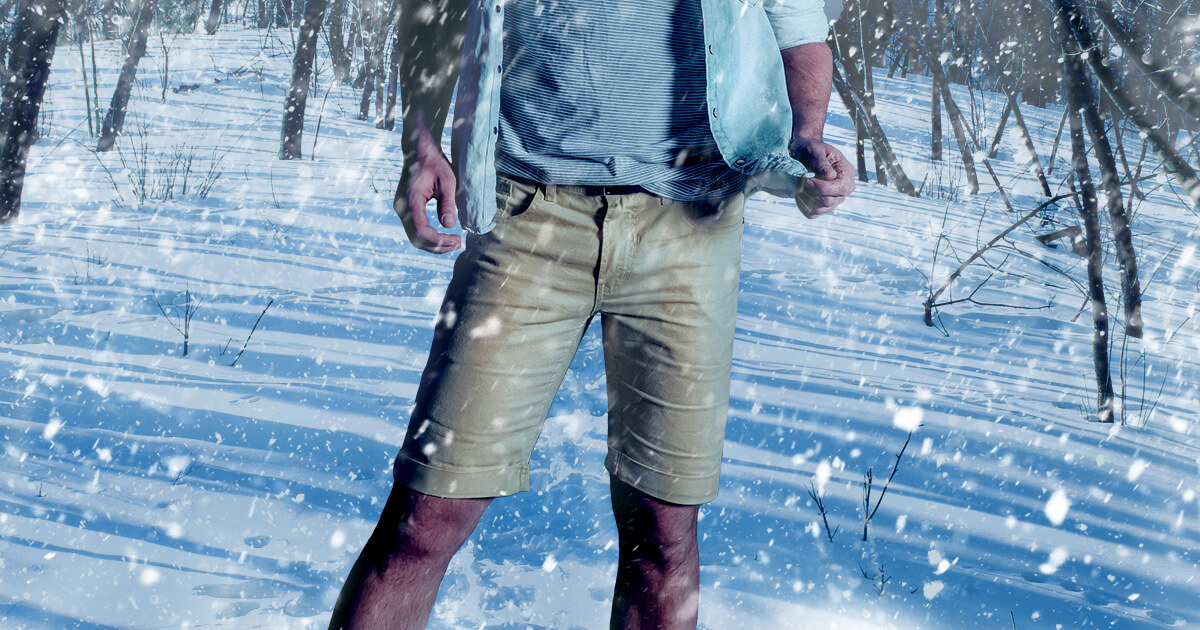 COLORADO SPRINGS, CO—A local high school freshman has managed to impress absolutely everyone in the world by wearing shorts every single day of this past Colorado winter. An assembly of more than 500 school faculty, parents, and police officers from around the city recently honored Matthew Price in an internationally televised event.

“Matthew has singlehandedly brought incredible pride to our great state of Colorado by showing the entire world that he isn’t afraid of wearing shorts in below zero temperatures,” the school’s principle said to a somber auditorium. “Matthew, we look up to you with deepest admiration, not as a peer, not even as a mentor, but as a living legend.”

Matthew’s girlfriend Lauren Jacobs told the media “He asked me out during a blizzard. He was wearing shorts while the rest of us had three or four layers on. I was so impressed with him. Obviously, I said yes!” Matthew’s parents were equally as proud. “I started singing ‘Baby it’s cold outside’ to him as he left for school one day,” his mom told The New York Times. “He responded with ‘It’s fine, mom,’ and his father and I looked at each other in amazement, realizing our little Matthew was all grown up now.”

Parades in Matthew’s honor were held yesterday in more than 200 cities around the world. In Shanghai, China, over a million people released floating lanterns into the evening sky, each with handwritten notes of admiration written on them for Matthew. Her Royal Highness, Queen Elisabeth II of England, declared the first day of Spring as a day of celebrating “Matthew Day”, in honor of his winter-long feat of unstoppable manliness.

“I have never seen snow with my own two eyes, but Matthew has very much inspired me to greatness,” Raju Kumar, a street vendor in New Delhi, India, said to a CNN reporter. “After one month more, my wife Padma will be giving birth to my first born son. We have agreed to make his name Matthew and commit him to wearing shorts all the days of his life.”

With the eyes of the world fixated on him, Mathew Price has not let his newfound status of the coolest kid who ever lived get the best of him. “I just did what any teenage guy who wanted to impress girls would do,” he told Jimmy Fallon last Thursday on The Tonight Show. Perhaps the only person left unimpressed with Matthew’s accomplishment was American President Donald Trump, who was scheduled to appear on Jimmy Kimmel after Matthew. Unfortunately, the standing ovation Matthew received after his interview filled the remaining 45 minutes of the show.
6
SHARES
FacebookTwitter
GoogleMailLinkedinhttp://popmalt.us7.list-manage1.com/subscribe?u=cffb5145263313488d8c30f76&id=48f610d8efWhatsappPinterestDiggRedditStumbleuponVkBufferTumblr