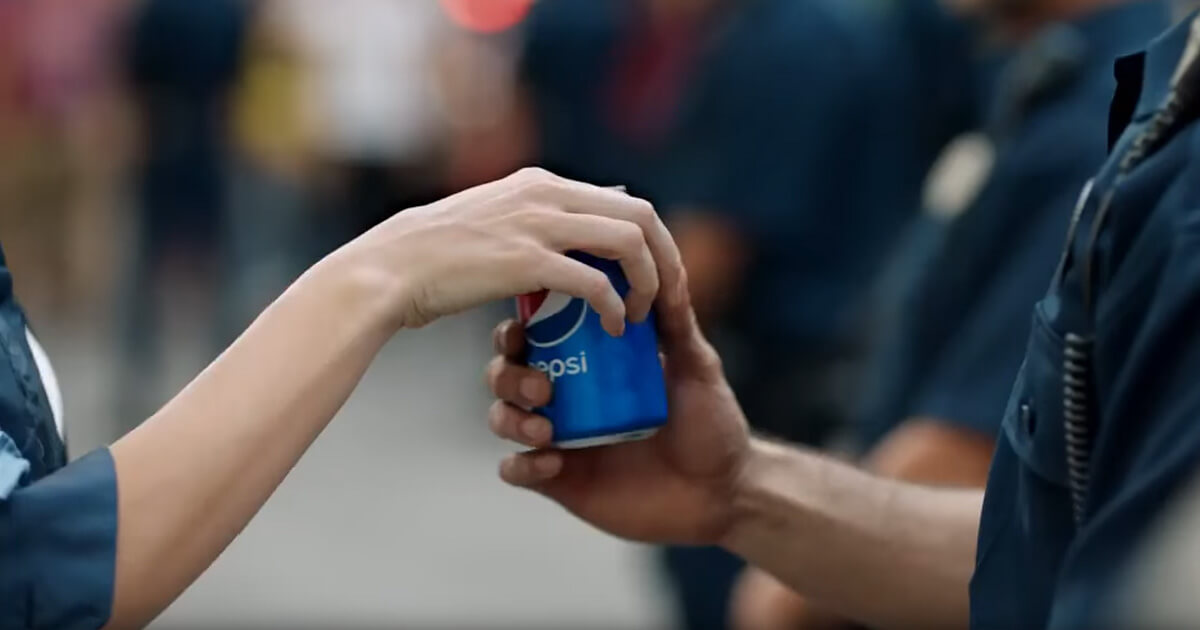 TIMES SQUARE, NYC—In what’s being called “the product placement that was felt around the world,” protesters and police officers have discovered the power of Pepsi and its refreshing ability to bridge any gap—helping people easily set aside even the most irreconcilable differences.

It all started during a recent protest against ambiguity when a 20-something female bystander boldly crossed the protest line to hand one of the officers a can of Pepsi, eye-witnesses confirmed. Within moments of this unprecedented gesture of kindness, the protest ended with thunderous applause on all sides.

“Kids will be learning about this girl in history class fifty years from now,” reputable historians agreed. Scientists, impressed by the newly discovered bridge-building qualities of Pepsi, are calling this the most important discovery of the 21st century.

“Pepsi is the real hero here,” the unnamed girl said, dismissing those hailing her as a miracle worker, “I’m just the camera-ready messenger.” The police officer who was given the can of soda couldn’t believe what happened, saying, “It was transformative—a total bonding experience. When we realized we all had Pepsi in common, everything else just seemed so unimportant, you know?”

Harvard psychologist and world-renowned soda expert Robert Courtland said “We’ve been aware of this link for some time now, but haven’t had the necessary funding to study it. It’s incredible how unifying Pepsi can be, no matter how dire the situation may seem. The peaceful shut down of generically-choreographed protest-themed music videos is only the beginning. We’re hopeful it can heal marriages and maybe even some day prevent wars.” Pepsi’s next goal? World peace. Sources confirmed the committee behind the Nobel Peace Prize nominations may already have Pepsi on their radar for this year’s prize.

In other news, unconfirmed reports recently surfaced that Pepsi’s marketing team actually considered capitalizing on their drink’s unbelievable protest-healing qualities in a big-budget commercial. Thankfully, the idea was quickly shot down by reasonable people with common sense and the person responsible for the idea was swiftly canned.
46
SHARES
FacebookTwitter
GoogleMailLinkedinhttp://popmalt.us7.list-manage1.com/subscribe?u=cffb5145263313488d8c30f76&id=48f610d8efWhatsappPinterestDiggRedditStumbleuponVkBufferTumblr