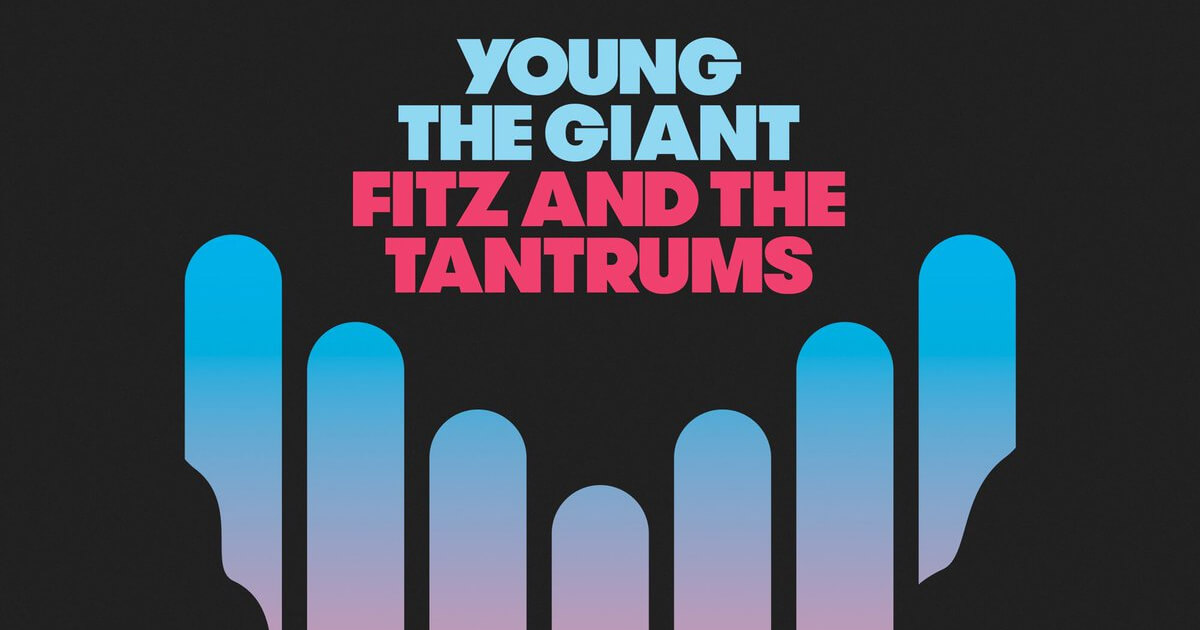 June 12th at Morrison, CO’s open-air Red Rocks Amphitheater was a night filled with lights, vibes, and lots of dancing. The Wednesday evening began featuring the hip guys from COIN getting the crowd pumped with electric songs like ‘Growing Pains,’ ‘Simple Romance,’ and ‘Talk Too Much.’ The indie pop sound was just what the people needed to start movin’ and groovin’ once Fitz made their entrance.

Michael and Noelle partnered up once again to give the feels with fresh new songs ‘123456’ and ‘I Need Help.’ Fitz, with his low-key summer garb and classic two-tone hair, rocked a tank and clean mullet fade as he regularly interacted with the cheerful audience. Scaggs sashayed and glided her way across the platform in her full-length bodysuit, tambourine in hand. She comfortably commanded the stage referring to herself as the “boss lady” of the group with her 5th Dimension-era feels.

Fans were instantly on their feet and in the air with modern-day classics like ‘Out Of My League,’ ‘The Walker,’ and ‘HandClap.’ The name of their game was dance and it prepared listeners for the release of the band’s new album coming soon.

Screams shook the house as the blokes from ‘Young’ got set up. The band ended the night with grunge, grittiness and turbulence. Sleek fashion was a must all night, especially for this collective. Sameer flaunted Michael Jackson-inspired high waters while freely swirling around the mic in black leather clogs. He even gave a tribute to MJ by moonwalking across the colorfully-lit pink floor. Stairs were featured in the back center, as another addition to the stage design. That, mixed with pastel-colored wash lights brilliantly made the set look like an abstract music video from the early 80s.

Gadhia fully expressed the emotional conflict in his songs by using physicality to his advantage. Kicking the air, flailing his arms, and bending his knees, all expressed the tension inside his mind that cried out for release. He didn’t take himself too seriously, though, as being an entertainer is the name of his game. He doesn’t just “play songs.” He lives out the songs through each body movement, and playfully at that. He was all for more cowbell too, hitting it like a champ during the instrumental portion of ‘Nothing’s Over’ while shakin’ his body down to the ground.

Guitarist Eric Cannata rhythmically strummed away with his big grin and head bobs, Payam Doostzadeh easily transitioned back and forth from synth to fish, and François Comtois laid the foundation with hand-crafted high hat hits and drum machine taps. Jacob Tilley could be seen analyzing every note he played with careful precision, making sure the musical illusion was never broken.


The rain could be felt during ‘Titus Was Born’ with cool background water visuals mixed with the angelic piano line. ‘String,’ ‘Apartment’ and the latest, ‘Superposition,’ were also highlights. Oh yeah, and did I mention they also played this little song called, ‘Cough Syrup’ as well? Just checking.

Without a doubt, all three bands have been doing this for a long time. Musical excellence and fun was the standard that night, and nothing less.

Fitz and the Tantrums