It’s not every day that you find yourself watching a YouTube ad all the way through due to how great it is. That happened to me recently, and apparently I’m not alone. The music video for fifteen-year-old Whitney Woerz’s “6 Second Love” debuted online a few months ago, but her producers have been running it as a YouTube ad as well. Most of the latest comments are from those who admit to watching the entire video ad instead of skipping to the cat videos they were inevitably postponing.

The comments speak for themselves. 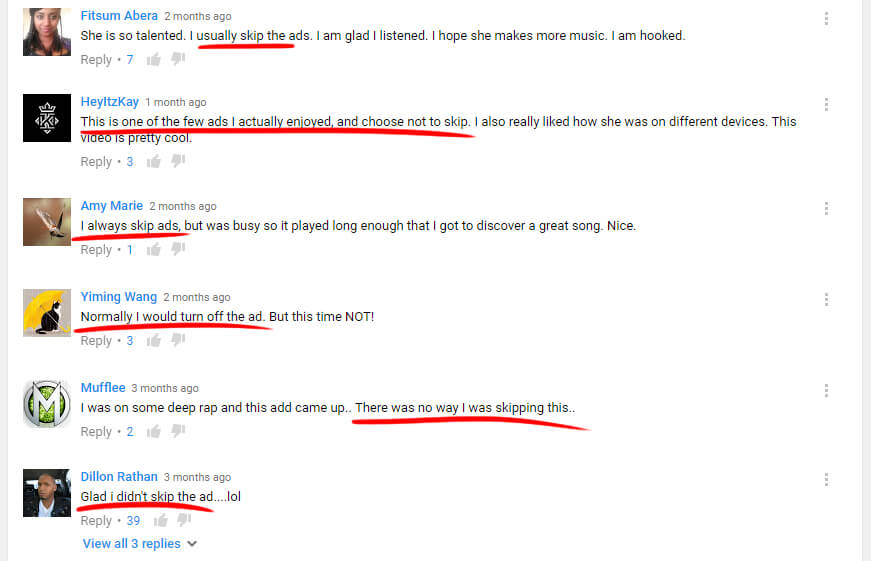 “I’m gonna make you mine in six seconds”, Whitney sings almost hauntingly. It’s ironic because six seconds is right around the amount of time it takes most people to click that skip button.

Go ahead and watch the first six seconds of her video, then sit back and relax for a few minutes. You’ll be glad you did. Time will tell whether or not Whitney’s “6 Second Love” will convert to more than six seconds of fame for her, but one thing is for sure, the fact that her video has received 11,423,119 views as of the time of this writing is a pretty good sign. Enjoy!

What did you think of her video? Let us know in the comments section below!