Ever hear a friend say they’ve found an amazing wallpaper collection full of gorgeous, full HD 1080p images? Perhaps another has told you that they aren’t worried about streaming all of their music on their phone because of their “unlimited” data plan. If you’re a smart, good-looking individual of exquisite taste and elaborate knowledge, you might be surprised to learn that your friends are technically wrong.

If you’re like most people, when someone says something like, “1080p HD wallpaper” you know exactly what they’re talking about. However, it’s technically wrong. Here’s why:

The Reality: This isn’t quite in the league of “Automatic Teller Machine Machine,” but it still doesn’t actually make any sense, either. Saying you have 1080p wallpaper is like saying your new SUV has 4WD A/C. While it may have both four wheel drive and air conditioning, the two aren’t correlated and should never be used in the same noun modifier.

1080p stands for 1080 pixels tall, progressive scan. In television and video, this is a method of updating frames which contribute to the persistence of motion which makes video possible.

Progressive is the sibling of interlaced (or “i,”) an older and thankfully almost dead method of displaying video. Interlaced updates half the frame twice as fast as progressive, and creates the “scanlines” in paused video.

If you want to avoid sounding like your Great-aunt Ruth who constantly sends you nonsense chain messages about healthy eating and government conspiracies, remember: There is no such thing as a 1080p wallpaper.

On the topic of nonsense…

This one has multiple parts, so let’s make like MC Hammer and break it down.

Assumption #1: My money is the only measurement of cost.

The Reality: If you aren’t buying something, you’re being bought; specifically, your attention.

You think the Illuminati is bad? Just wait till your mind is opened to the illustrious techniques of magnificent manipulation employed by… the advertisers!

In this age of information over-saturation, a multi-billion dollar industry revolves around the necessary evil of advertising. This is why some image aggregate websites have a weasel-y practice of stealing content from their competitors, gaining your laughter, and selling your attention.

It’s a pretty lame practice, but it’s how big websites that don’t charge for content make their money. It’s why YouTube has ads on music videos, and it’s how artists get paid to reach a wide audience.

Which leads to our second assumption.

Assumption #2: If it’s free, then copying it around to other sites helps the original content creator gain publicity (and money! Yay!)

The Reality: Unless you are leading attention back to the creator’s original point of distribution, such as a portfolio site or video channel, it actually isn’t that helpful.

It is a nice sentiment, but pragmatically encourages an attitude of theft. Taking an image, cropping out the watermark and re-uploading it is an extremely common practice.

Before long, you might think you are linking back to an original source, but the odds are that you’re actually looking at several generations of watermark removal.

Speaking of advertising, let’s talk about…

This one is more of a marketing trick that relies on some of the oldest tools in the advertising book. This particular tool is called, “Weasel Words.” (I must really like weasels or something…)

By law, an advertiser can and cannot say certain things about their products. Things like… buying our shampoo could teleport Rupert Grint to you and you’ll both go paragliding on polar bears? Totally fine.

There’s nothing that says they can’t provoke you to think certain things, as long as there is plausible deniability of intentions.

The Reality: All advertisements exist to create a desire and sell a pathway to fulfill that desire. This is true from your toilet paper to your car insurance.

If an advertiser can hook you with the idea of a better life by using their product, they will stop at nothing to convince you that you must buy their thing.

By using weasel words that make unfinished comparisons, advertisers break no laws. “New and Improved,” “The Number One Brand,” “33% More” all make comparisons… to nothing. You are expected to fill in the blanks, and open sesame, your wallet is thinner.

The millennial generation has a fantastic built-in lie detector, and when it comes to ads they can usually make a decision on whether something is worth their time within seconds.

Fine print; the devil’s plaything on the buying stuff playground.

I’ll come clean, this one is more of a personal grudge than anything… but it’s still a myth. Specifically, I am talking about the supposed quality of things like Beats Headphones and Selfie Sticks.

I’ve got nothing against Dr. Dre, I don’t know enough about him as a person to say whether I like him or not.

I also don’t know the people who reinvented the monopod and called it the “Selfie Stick,” but I’m sure they’re very entrepreneurial.

What I do know, is that a $3 BILLION deal with Apple and the biggest theme park in the world responding to the popularity of re-branded monopods raises a few concerns.

The Reality: Beats aren’t actually technologically superior in the sound world. What they do is amplify certain frequencies to produce the sensation of a quality sound, but it’s actually not all that great.

In 2008, early Beats contributor Kevin Lee told USA Today, “there is no benchmark reference for what absolute perfect sound is [. . .]” )

Humans hear sound between roughly 20hz and 20khz. The better a device is, the more precise and unfiltered a sound will be from the point of transmission to reception. For a truly one-to-one experience, you’d want to use headphones or speakers that are known as “reference” quality.

Selfie Sticks are also in the same league of the bologna olympics. They’re not in the semifinals for innovation, but I don’t want to say like I dislike something because it’s popular.

The Selfie Stick is a genius misnomer that’s caught on like wildfire. If you’re going to buy a product, at least know that it isn’t the first of its kind — merely the most popular.

Next, let’s talk about perhaps the biggest misnomer of all:

This one is a misnomer, because nothing electronic is actually completely wireless.

It’s tricky to completely say this, because English is a constantly evolving language. Words like “literally” and “irregardless” have slowly unfriended their former definitions and slumped into new ones. In some cases, tech is the driving force behind renewed words. 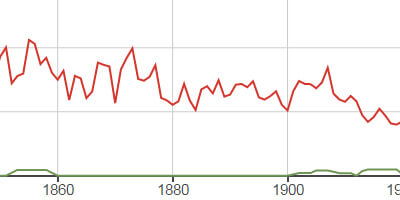 In 1831, the unfriend economy experienced the greatest depression the word has ever known. It would never reclaim it’s glory in the printed world.

In the case of anything that claims to be “wireless,” the literal interpretation falls by the wayside.

The Reality: As long as humanity has harnessed the power of electricity, something that can conduct a current has been necessary to utilize electricity.

Until a method of delivering power that’s cheaper, more equitable, and faster than our generations old city grids, our devices will still need to plug in.

True wireless devices are becoming closer to what we hope, but the market has not yet settled on a standard.

Welcome to the bonus lightning round. The greatest and most electrifying pointer of all pointers. To you noble and die-hard readers who’ve examined every single perspective for fallacies and technical fault, we commend you on your voyage through this life-changing knowledge.

If you have a cellphone that has a camera (which, let’s be honest — everybody does) then you’ve probably committed this most heinous and unforgivable of technical wrong-doing: Shooting videos vertically.

Videos and photographs are different. Taking a picture in portrait (vertical) orientation is fine, because it can be framed in that orientation.

Taking a video in portrait, however, cannot be viewed differently. When you rotate your phone, you are effectively cutting out a majority of the frame (also known as pillar boxing) and leaving only a sliver of what could actually be captured.

To visualize this, feast your eyes on this two-part instructional image, and then never forget it for the rest of your life.

So there you have it, smart and good looking readers. Your mission, should you choose to accept it, is to take this knowledge and apply it to your lives.

This has been a PopMalt Tech Myth PSA.

Peter J. Farrell is a writer who, while exhibiting meticulous care on his more extensive writing work, has not yet taken the time to provide a mere sentence or two for his bio. We'll assume he is therefore too cool for bios, and therefore, very cool indeed.