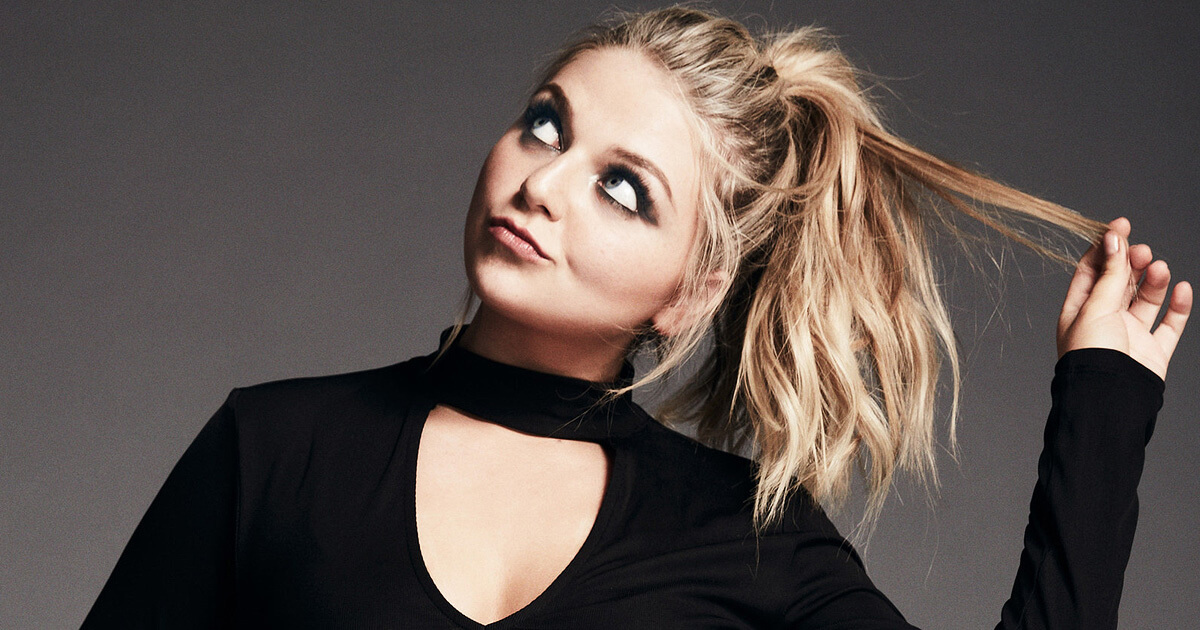 When you think of a Pop artist, what comes to mind? Someone who makes upbeat songs to dance to? Someone who’s very fashionable and image conscious? Many times it’s simply hard to relate to the big names we see in the public eye; their presence on platforms would seem unreachable to the average person. Then, there’s Taylor Grey, an up-and-coming recording artist whose catchy music, sweet personality and relatable life will give hope for what to expect from the modern day Pop artist.

While listening to this collection of songs you’ll notice that they’re slower. Not too slow; but slower. Grey attaches herself to a collection of artists such as Meghan Trainor and Kygo who have thankfully brought Pop back to the unhurried and groovier tempos of the 1990s and early 2000s. Listeners in the “more seasoned” millennial age bracket will also appreciate songs like “Impossible” which begins with a nostalgic, acoustic guitar intro reminiscent of a TLC or Destiny’s Child throwback.

I recently had the pleasure of chatting with Taylor about songs that will inspire a whole new generation of young listeners. If that wasn’t enough, Taylor is also currently enrolled as a Sophomore at Stanford University. The multi-talented songstress opened up to us about music, life, and her unique fascination with the human brain.

PopMalt: So, tell us about yourself! How old are you Taylor?

Taylor: I know! I turned twenty a month ago and I had a whole crisis like, “What do I do now that I’m not a teenager? I’m officially an adult! Ahh!”

Taylor: I hope so! Ha! It’s a good exciting time where I feel like a lot of things are starting to happen. It’s the summer, I’m off from school, my full attention is on this. It’s a lot of fun.

Taylor just concluded her Basically Happy summer tour with fellow singer/songwriter Jacob Whitesides. Quite the unconventional summer job if I do say so myself! In the fall, she’ll be continuing her educational endeavors at Stanford, one of the most prestigious universities in the world. Her major? Neuroscience. Yes, neuroscience. When asked to elaborate, Taylor said of her major, “I promise it’s not [that] crazy—I’m not trying to become a brain surgeon or anything, but I really like the brain!”

And, boy is she using her brain! In the microwave society we live in, it’s easy for a young musician to be tempted to cut certain corners in order to “make it big” in the music industry as soon as possible. Taylor, on the other hand, has decided to broaden her horizons by putting in the time at university while still holding on to her musical ambitions. Taylor acknowledges that, “It definitely works out for a lot of people to go the route of pursuing music, acting, the entertainment business, etc. without going to college; but I know a lot of people it doesn’t work out for too.” —A realistic, yet helpful perspective to give to other artists and creatives.

She elaborates on music and education by noting that the two were always, simultaneously, the biggest passions of her life; Growing up, she would regularly participate in school musicals, plays, and choirs while also excelling at general education courses. Today, as her career continues to advance in the music industry, she continues to stay faithful in finishing school. “I really wanted to stay in school even though it’s definitely a practice in patience and balance to be able to pursue music [as well]. I wanted to show people that, look, you can do education and also pursue your dream. Both things are very important in life.” Taylor mentions how, though neuroscience and music might seem unrelated, she’s still able to relate the two. By learning about the brain and understanding people from a scientific perspective she’s able to dig deeper into life situations such as navigating relationships.

Taylor’s unassuming attitude towards her newfound fame on campus is refreshing as well. She recently was a guest at the Billboard Music Awards. “After I went to the Billboard Music Awards people would be like, ‘Wait. Do you sing?’ And, I’d be like, ‘Yeah!’ They’re like, ‘Are you famous?’ I’m like, ‘No, not really!” Her down-to-earthness is a virtue when others would long for people to wait on them hand and foot.

PopMalt: Are people trying to get your autograph or things like that?

Taylor: Nah…Ha! Especially in a school like that. There are so many talented people. Like, you’ll be sitting in class with the guy who created a way to screen for pancreatic cancer. You’ll be sitting next to someone who wrote a memoir at age 15. So, there’s just a lot of amazing people on campus and everyone is so humble. Everyone just does their own thing. Stanford’s a tough crowd, so I’ll know I’ve made it the day that someone on campus asks for my autograph! Haha!

It’s not hard for us to imagine that Taylor! The California native also enlightened us about life on the shoreline, sea creatures and the Golden State Warriors.

PopMalt: Are you from Stanford, California or from somewhere else?

Taylor: Yes! I can’t see myself anywhere else.

PopMalt: Just curious—were you going for Golden State this year for The Finals?

PopMalt: Ha! I feel like it’d be very awkward if you were a Cavs fan in the Bay Area.

Taylor: Even now that I’ve relocated to L.A. [for the summer], I don’t think I can be a Lakers fan. I’m gonna stay loyal! Haha!

PopMalt: What do you like to do in your free time? Are you a beach girl? Do you surf?

Taylor: In San Francisco, they have great white sharks and I was always too afraid to even try surfing!

After chatting with Taylor further, it looks like she might be overcoming her fear of surfing very soon. She made it clear to us that she can no longer pass up the opportunity to ride the waves, seeing how beautiful it is in Sunny Los Angeles!

We got a chance to dive into Taylor’s musical influences as well as the production of her album. She gives credit to her all-time favorite band, The Eagles, and how their California vibe has influenced her sound as well. From a songwriting standpoint, she admires Ed Sheeran, Lorde and especially John Mayer.

PopMalt: The fact that you’re writing your own music, I think, it gives your fans that genuine quality.

Taylor: Thank you! Songwriting has been a hobby of mine for so long. I didn’t even know when I was younger that I could turn it into a real life profession. That’s probably my favorite thing.

And not only is Taylor good at songwriting—she also has good musical mentors. We got to unpack what it was like working with Josh Abraham, who helped produce Justin Bieber’s Purpose in 2015.

Taylor: When I had my first meeting with him and he said, “Yeah! We’re gonna work together,” I was like, “Wait…me? For real?” It was surreal actually.

PopMalt: What’s it like knowing that you have the same producer as these big name artists?

Taylor: I literally still don’t believe it. It’s so cool. On the one hand, it feels very exciting and validating like, “Oh my gosh. Someone who’s worked with the pinnacle of talent and success in the music industry is willingly wanting to work with me?” The other half of me is still like, “I don’t really believe it.” It doesn’t even register ‘cause it’s so cool.

Space Case is an electrifying, yet heartfelt album filled with intimate songs like ‘Never Woulda Letcha’, ‘Come Back’ and ‘Fallin’ featuring Brad Simpson. Some talk about love, while others express heartbreak—especially on my favorite song, ’Miles Away’. In the song, Grey seemingly confesses her frustration to a potential ex-boyfriend she once had who is now just a painful, passing memory after he decided to relocate. Taylor gave us an exclusive look into how the song was recorded:

“We wrote and recorded that entire song in two hours. It was super, super quick. So, what you’re hearing on the song is a scratch vocal. It turned out well, so we were like, “Oh! Let’s just keep it!” I kind of like to keep it raw.” Two hours? Now that’s impressive.

As we wrapped up, I finally got to unravel the meaning of the rad album cover and how it relates to Taylor’s favorite song on the album, Space Case, which is also the title track. The album cover represents a doodle; something a typical daydreamer like Walter Mitty might draw. A lot of dreamers have a hard time fitting into the norm; reason being, people around them not always understanding their unique aspirations. Taylor explains that she herself is a “space case astronaut” who is constantly dispatching into daydreaming orbit. She insists in the song, however, that she prefers it that way. Her wide-eyed fantasies allow her to create her own galaxy of unhindered imagination. The song is truly a dreamer’s anthem.

I had a blast talking with the sweet and bubbly NorCal girl who just wants to be “relatable and approachable” when connecting with her fans—especially on social media outlets, where so many are constantly striving for that image of perfection. She admits that even she’s on the “journey of self-love” together with everyone else. We wish our best to Taylor and all of her Space Case Astronauts, as their ambitions launch them into a dreamer’s universe filled with endless possibilities.

P.S. For all of you who read PopMalt regularly, you know that we ask all of our guests what their favorite drink is. Taylor’s favorite drink is Diet Coke™—the caffeine keeps her going during those late-night study sessions!

Listen to Taylor’s latest album Space Case on Amazon, iTunes, etc. and make sure you leave a comment letting us know what you think of it! Be sure to check out her official website, as well as follow her on Facebook, Instagram, and SoundCloud.