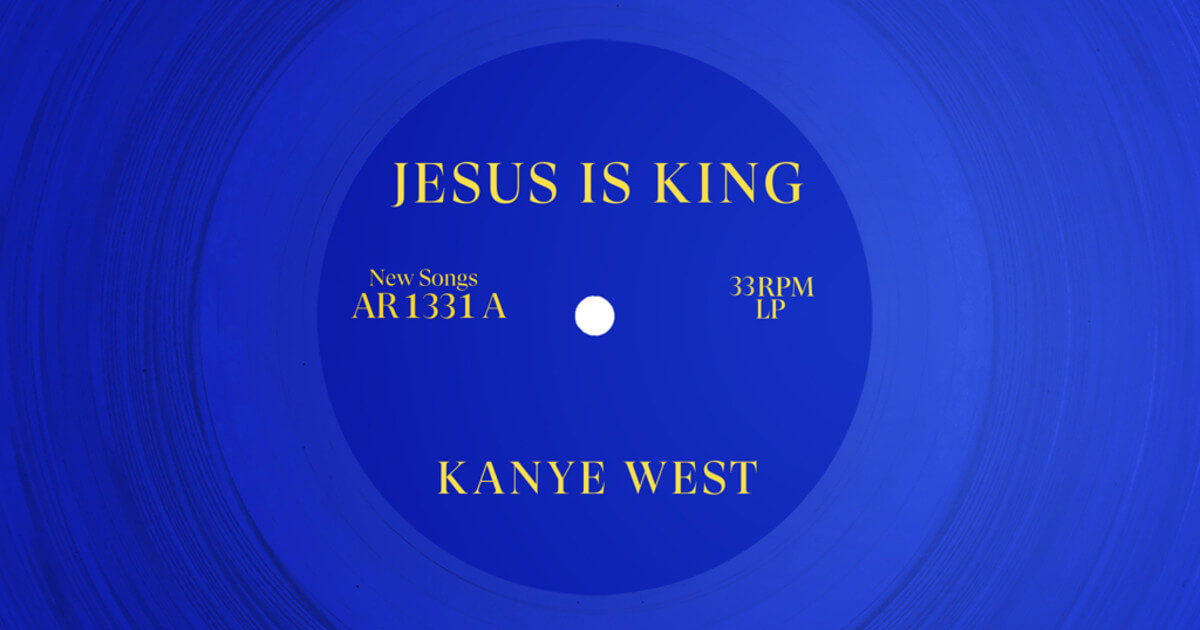 Monday, the internet was dumbfounded to hear the mind-blowing news that Kanye West will be collaborating with hip-hop production icon Dr. Dre for ‘Jesus Is King Part II.’ Can you imagine? Two of hip-hop’s greatest producers of all time, with their powers combined, creating some of the hottest beats known to man? This is truly a monumental moment for hip-hop music, and we are on the edge of our seats ready to experience the genius of “Dr. Ye.”

It’s been an outstanding month for Kanye West. This Friday will mark one month since the debut of ‘Jesus Is King,’ the 11-track Christian hip-hop album featuring a proclamation of the rapper’s newfound faith in Jesus Christ. The LP debuted at #1 on the Billboard 200 chart, and tells the story of his new life as a born again Christian. West did various press for the project, chatting with the likes of Jimmy Kimmel, James Corden, Big Boy, and Zane Lowe from Beats 1.

As the month progressed, the world was introduced to the jubilant sound of Ye’s Sunday Service choir, a new era for the artist who specifically stresses that he’s no longer an entertainer – he’s not here for anyone’s entertainment. The music, he says, is strictly to be in service to God.

Sunday, the rapper ministered at Lakewood Church in Houston, Texas, which is known for being the biggest church in America. West shared his testimony with the church’s prominent leader, Joel Osteen, at the 11am service. Later on that evening, Kanye and his Sunday Service choir put on an exhilarating event lasting well over two hours.

Just when you finally learned the words to ‘Closed On Sunday’ while eating your Chick-fil-A Chicken Sandwich, West proves to keep the creative juices flowing for this month’s upcoming project – an opera entitled, ‘Nebuchadnezzar.’

What’s a Nebuchadnezzar, you might say? Nebuchadnezzar was an ancient Babylonian king whose life is documented in the biblical book of Daniel. In the recent Beats 1 interview with Zane Lowe, West compared himself to the ancient king, as someone who built an empire of fame and fortune, while arrogantly attributing the credit to himself in all of his perceived wonder.

Nebuchadnezzar was quickly humbled by God for his lofty view of himself, and eventually gave glory to The Lord when realizing who had given him his gifts and talents in the first place. Kanye West rode a similar wave this past year, hence his conversion back in April.

The musician announced the news of ‘Nebuchadnezzar’ on Twitter earlier this week. The beautiful gold-plated invite artwork is thanks to artist Nick Knight, and can be found on West’s social media page. The opera will premiere just a month before West’s next album, ‘Jesus Is Born’ drops on Christmas Day.

Wow. Talk about the hustle. Kanye never gives us a dull moment, and we’re excited to see how his life will continue to play out by being, as he says, a “Christian Innovator.”

‘Nebuchadnezzar’ will be performed by Sunday Service, Peter Collins and Infinities Song at the 2019 Hollywood Bowl on Nov. 24. Be on the lookout for ‘Jesus Is Born’ (Dec. 25), and ‘Jesus Is King Part II’ coming soon!