John Hammond once said “All major theme parks have delays”. Perhaps the same can be said about Jurassic Park sequels. After going through several years of delays, rewrites, team changes, and even being cancelled, Jurassic Park 4, or “Jurassic World” as it’s now being called, has been given a theatrical release date of June 12th, 2015.

Despite the ridiculous debacle otherwise referred to as “Jurassic Park III”, which Stephen Spielberg produced but didn’t direct (I blame the writers, not the director, however), Universal Studios is moving forward again with a non-Spielberg director. This time, the coveted title will go to Colin Trevorrow, known for the indy sci-fi “Safety Not Guaranteed”. Spielberg would have been the ideal choice, but it appears that he’s disenfranchised with the franchise and is only willing to lend his name to the credits at this point.

Could the movie actually be good?

If it was made a few years ago, most likely not. Michael Crichton, who wrote the original book, passed away in 2008. David Koepp, who wrote the screenplay for the first two movies wasn’t even involved with Jurassic Park 3, which had all new writers. The studio had to go back to the drawing board for JP4, which really caused some serious setbacks for the project. Coincidentally enough, the delays have actually helped shape this movie into what could be promising. The most interesting part of the film’s lineup for me is the fact that Rick Jaffa and Amanda Silver are heading up the screenplay. If you’re like me and read every line of film credits, you’ll recognize this pair as the writing team behind “Rise of the Planet of the Apes”, which was surprisingly good for an afterthought prequel. If anybody has the creative juices to redeem the Jurassic Park franchise after JP3 (come on, even the title scrams “We didn’t have much creativity left and ran out of steam”), this team is perfect for the job.

What will Jurassic World be about?

That’s hard to say. The script has been re-written a few times already. Early rumors were that it would pick up in today’s world, 20 years after the events from the first movie. Today, dinosaur technology has been highly restricted by the powers that be, and has been weaponized. Yes, weaponized as in Oliphaunts from “Lord of the Rings” but instead of Oliphaunts, it’s armored T-Rexes and Velociraptors and instead of medieval fantasy, it’s Call of Duty. Not going to lie, that sounds watchable, but a big part of me hopes we won’t see many remnants of that idea in the final version. To be fair, that was the rumored storyline was being discussed prior to Jaffa and Silver coming on board. Let’s hope they tame this beast and bring things down to earth. Then again, in today’s age of every movie must be bigger and better than the last, and the fact that we’re going from Jurassic Park, to Jurassic World, I can also see the writing on the wall. Yes, with new Star Wars movies in the works, it’s only a matter of time before Disney and Universal Pictures team up for a Jurassic Universe. (All jokes aside, now that I think about it, light sabers and dinosaurs does sound kind of cool.) 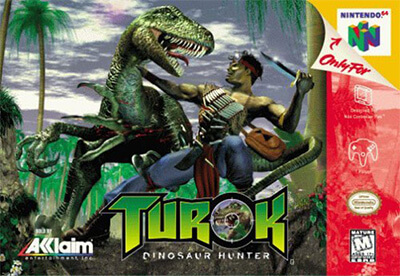 Seriously, the highly evolved warrior dinosaurs idea has already been tried. Please, I repeat, please, do not use this for “Jurassic World”.

It’s also been rumored that Jurassic Park 4 will utilize much of the unused story from the book “The Lost World”, which was vastly different from the movie of the same name. The movie was basically “King Kong” with dinosaurs, while the book was a very well thought-out sequel that was actually good. Schedule conflicts and pressure from the studio forced film producers to roll out a script for “The Lost World” before the book was even finished, which is never a good idea, especially when you have a best selling novelist writing the book. Perhaps some of the concepts in the book will finally get the screen time they deserved.

Who’s going to be in Jurassic World?

Not a single actor has been cast in the film to date. In fact, we don’t even see any familiar faces rumored on IMDB. That doesn’t mean the rumor mill isn’t already operating at full capacity. Perhaps the best rumor so far was that Samuel J. Jackson would return as a one armed computer programmer turned epic dinosaur invested jungle survivor. After all, he’s a HUGE name now and the franchise already brought back the other big names from the first movie (Sam Niell as Alan Grant in JP3 and Jeff Goldblum as Ian Malcolm in The Lost World). Plus, he only lost an arm. With the types of characters he’s played since, fans would likely consider him just hardcore enough to pull this off. The fact that he’s by far the biggest actor from the first movie to never appear in a sequel combined with the fact that he was killed in that same movie has to be really nagging the producers. They might just bring him back.

Jeff Goldblum could return. His career has been somewhat stagnant lately, with the exception of a possible role for him in the Independence Day sequels. Sam Niell could return as well. The problem, however, is that Ian Malcolm and Alan Grant can (under no circumstances) make a return to any island at this point. That ship has more than sailed. The characters would be incredible stupid to do that a second time. Even with the incredible writing team behind JP4, it’s hard to see that happening. If the story made it to the mainland, perhaps they could return. “Jurassic World” definitely could bring the dinosaurs to these characters instead of bringing them back to the dinosaurs.

Spielberg actually tried to convince Bob Peck, who played Robert Muldoon in Jurassic Park to come back for The Lost World. In this version, he would have “survived” the raptor attack from the first movie. He turned down the role due to health issues and it was eventually rewritten as Roland Tembo, which was played by Pete Postlethwaite. Sadly, both Bob Peck and Pete Poslethwaite have passed away.

Hold Onto Your Butts

At this point, all we can do is wait, speculate, and hopefully get at least some comfort from the fact that “Jurassic World” does have some pretty talented and creative people behind it. It could very well be the beginning of a new Jurassic trilogy.