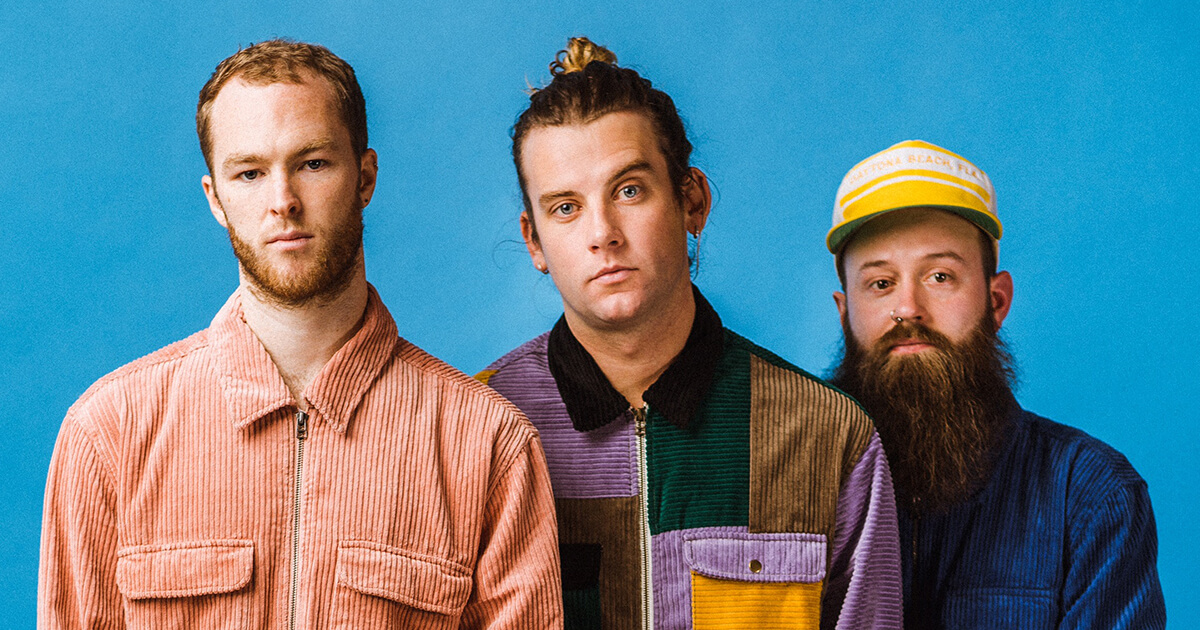 This week kicked off Judah & the Lion’s national tour starting in Denver, CO, and we were there to be a part of the fun! Their first tour stop was in partnership with the Bud Light Dive Bar Tour: a 5-city tour of great musical talent in local dive bars around the country. Larimer Lounge, situated in Denver’s RiNo Art District, hosted the event, and provided an intimate setting for loyal fans to jam out with their favorite band.

The Dive Bar Tour has been successful in previous years by promoting other big talent such as Lady Gaga and Post Malone. The band said of the tour, “We were so pumped when we saw Post Malone’s Dive Bar Tour show last year that when Bud Light asked us to join the tour it was a no-brainer. And to be back at a venue that we played on a previous tour with our fans, we couldn’t be more excited.”

We couldn’t be more excited either, especially since this Friday will be the debut of Judah & the Lion’s ‘Pep Talks’! The brand new 17-track LP contains collaborations with country music superstar Kacey Musgraves on ‘pictures,’ and up-and-comer Jon Bellion on ‘Passion Fashion.’ There are already six smash singles available for purchase/stream on all music outlets.

Before the show, we got to hang with Judah, Brian, and Nate backstage. They gave us a look inside the tour and the album to come. They are definitely one of those bands that seems cool when you’re watching them on TV, and trust us—they are.

It’s evident that all three of them were raised right, as being in their presence just screams humility. I went to shake Judah’s hand, for instance—because you know, that’s what you do when you first meet someone. You shake their hand. Not so with this guy. As fast as I stuck out my hand was as fast as he opened up his arms with a big bear hug. These guys were so chill. Watch our interview below!

With smiles, meekness and innovation all around, the blokes from Judah & the Lion are the real deal. You don’t just get booked at the legendary Red Rocks Amphitheatre out of nowhere. This has been years of blood, sweat, and tears in the making.

Nate even mentioned later on that night that playing Red Rocks has been a dream of his since he was 12 years old. And, as Brian said, their dreams have been, and are continuing to be fulfilled. We can easily get used to seeing the band in bigger venues and mainstream media outlets on a regular basis. They’ve earned it.

A big part of why the band has become so successful is because we can’t exactly categorize them in one particular genre—and that’s awesome. If there’s anyone who knows how to bend genres it’s these guys.

Music-heads don’t want more of the same. They want to be surprised. They want to evolve. This is where Judah & the Lion comes in. Fans of the trio will regularly experience an eclectic sound, as made evident by their last album. It married the twang of Folk and Americana with the drum-machine-sound of hip hop, and the grunge of rock. There’s a reason why it was called ‘Folk Hop N’ Roll.’ And, after all of that, the super-genre band has proved the capability of bringing together crowds of very different musical tastes.

Nowadays, with the mutual respect artists have for fellow colleagues in other genres, it’s not uncommon to see bands like ‘Judah’ carefully constructing works of art that serve as a bridge for the multitudes. Why just pick one genre to be in when you can literally do a little bit of everything—and do it well? Their new single ‘Why Did You Run,’ for instance, could easily draw in a fan of Zedd and Mumford & Sons in the same listen. In ‘7000x’ it’s a mixture of reggae fusion, trap, and, etc. No, seriously. Etc. You get to a point where you stop worrying about “what genre this and that is taken from” and simply just say: This sounds good. The new music from ‘Pep Talks’ is indicative of more innovation to come. You ready?

After the interview had ended the band got set for their meet and greet. Fans who had won exclusive tickets to see the band that night were in for a treat, as they got to meet their heroes in person. Then, it was time for the show. Fans piled into the venue, as wet, blizzardy snow rushed in from the outside—in late April. As Nate put it, “It feels right! It’s dumping snow outside right now. It’s the end of April. Apparently, it was really nice a couple of days ago. So, it just feels like it just got set up perfectly [for us] to be here. It’s great.” As any Colorado local knows, you could be barbequing in January and sipping hot cocoa in May.

The dreary weather couldn’t stop this band’s energy, however. They pumped up the crowd all night while freely roaming the small bar stage. The band gave the fans an exclusive look into never-before-heard songs from the new album. The sounds of the mandolin, banjo, and drum machine filled the air. They even gave attendees a Blink-182 cover of ‘All the Small Things’ just because they could. And, of course, they played their marching band anthem track ‘Pep Talk’ while rocking their new college-inspired merch that’s here just in time for graduation season.

The crowd knew every word to every song, including the ones that literally just came out. These were fans that have followed the band since day one. They’ve seen all the transitions, all the seasons—and they’re supportive of the collective now more than ever. If you haven’t heard of Judah & the Lion yet, welcome aboard! The folk hop sound is here to stay.

Visit JudahandtheLion.com now to buy your concert tickets, look fresh and clean in the latest band merch, and cop ‘Pep Talks’ before it drops everywhere May 3rd!