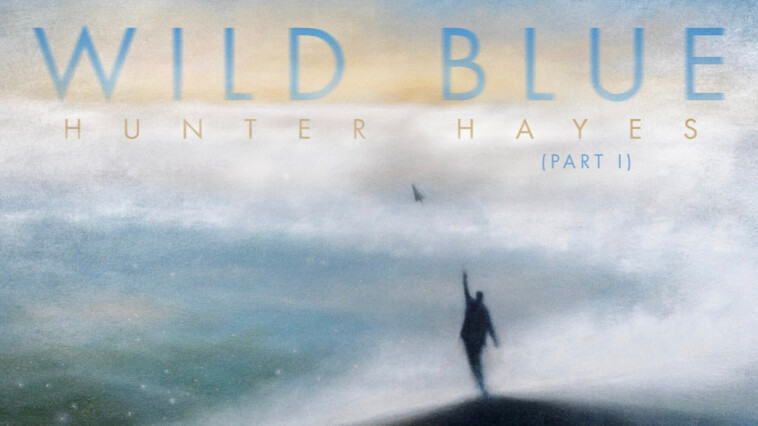 Aren’t you glad new albums now release on Fridays? From the beginning of time, it seemed, New Release Tuesday was the standard day for new-music-galore. Not anymore. After the long week, people want fresh tunes out the oven to start their weekend off right.

Hunter Hayes was no exception when he dropped his latest studio album yesterday. After nearly four years since ‘The 21 Project,’ the drought has now come to an end. Hayes returns with ‘Wild Blue (Part 1)’—the album that could be his most personal project yet.

Back in May, we spoke with Hunter about the new album, and he explained that these specific tracks conveyed what he really wanted people to know about him, “I’ve always wanted to be as open and vulnerable as I can be with everybody, but there’s a far difference between ‘can be’ and ‘should be.’ I think when I started over—when I reset on this project at the beginning of 2018, I realized how important it was to go into the things that I had kept myself from going into, and kept myself from talking about.”

The 10-track anthology kicks off with the vigorous ‘Madness,’ containing a U2-like stadium guitar intro (this makes sense, considering the fact that Hunter loves Bono). The song is an electrifying blastoff into a message about joy in the midst of adversity. It’s followed by the title track ‘Wild Blue’ which contains a more pensive approach, finding Hunter delivering raw vocal wordplay to deal with his demons. He still manages to find hope, however, in the ‘brand new’ that lies ahead.

Much of the album finds Hunter amid this tension—the fact that someone can still enjoy life even though things could be falling apart at the same time. From wrestling with God to realizing that one ‘Heartbreak’ here could mean true love there, Hunter finds refuge in knowing that the night won’t last forever.