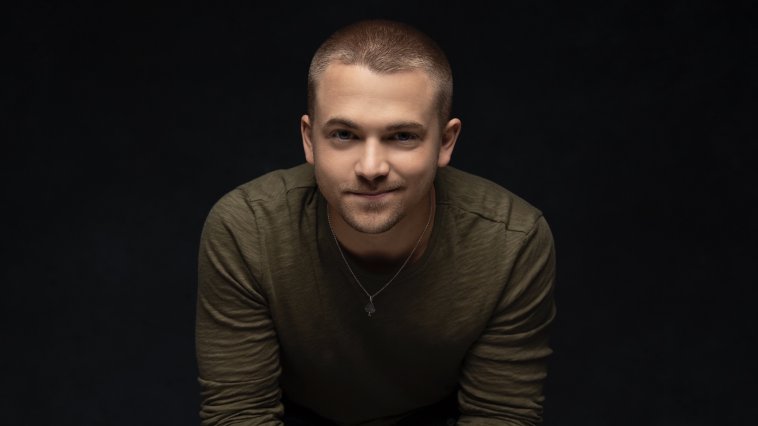 GRAMMY award-nominated country artist Hunter Hayes continues to establish himself as a household name. The 27-year-old singer just kicked off his ‘Closer to You’ tour last month, and recently spent some time with PopMalt to share the vision behind the tour.

“I think the spirit of this tour is very different. And, what I mean by that is—it’s probably been four years since we’ve built a show from scratch, and designed a new production, and went into rehearsals, and really intentionally built a show.”

The singer continued, “It was a fun project, but it wasn’t ‘the album,’ if that makes any sense…all that time I was writing to get to where I am now—and starting a tour with this music, with this album…building a tour from this perspective of, ‘This is my new music. This is what I want the world to hear’—more importantly, ‘this is me now’. You know? It’s a very different mindset…It’s just so freeing to build a show based off of this music and this message. This message is the most important part, I think, because…it’s not just an album for me. It’s a lot of life things that have happened, and I love sharing them.”

Hunter spoke into something that many of us go through as songwriters—a desire to let the world in on who we really are once multiple layers have finally been removed. “When you start planning a tour from that perspective, everything changes. You know, you’re not just playing a show, you’re not just playing hits from that past. You’re playing a very intention-driven project, and you’re communicating a message. And, I think that’s what’s so freeing to me, is I finally get to introduce the world to me…not that I haven’t been me for the past four years, but I’ve been ‘me filtered,’ and I feel like this is ‘me unfiltered.’

“I’ve always wanted to be as open and vulnerable as I can be with everybody, but there’s a far difference between ‘can be’ and ‘should be.’ I think when I started over—when I reset on this project at the beginning of 2018, I realized how important it was to go into the things that I had kept myself from going into, and kept myself from talking about. When you consider how long I’ve kept myself from approaching certain subjects, starting cold turkey is not as easy as, [laughing] as it should be. I feel like I’m still very much on the path of undoing old habits of not talking about things, or not putting certain things in songs—for whatever reason, you know…It’s like therapy, it’s just kind of making the effort to let the world in.”

Hunter has been able to let the world in at his live shows by expressing certain struggles that many of his fans can relate to. The musician uploaded a snippet of his recent show in Atlanta to Instagram where he let the audience in on some of his humanity. “One of my biggest insecurities in my life is my voice,” he said from the stage. “Someone told me somewhere along the way that it wasn’t that great, and I believed them.” His honesty was met with all kinds of fans shouting their disapproval of a statement that they knew wasn’t true in the least. The star continued, “…and, I fight through that every night, and I want every person that has a voice to be heard loud and frickin’ clear!” He then went on to sing the chorus from ‘Wanted’ with an adoring fan on stage, as all of the other girls in the audience jealously screamed in excitement.

The guy’s a heartthrob, what can we say? In fact, it’s not uncommon for Hayes to bring fans up on stage to sing with him. Here’s his reasoning.

PopMalt: “I really liked how you brought up—there was a video that you posted—you had a fan come up on stage, and she was singing with you. That was super cool to show some fans that love on stage.”

Hunter: “Yeah! Well dude, I thought that was such a God moment because…I remember, what was it, eight years ago? There was a kid in the front row with a sign that said ‘I want to sing with you.’ This was from like, New Hampshire or Vermont…So, I brought him up on stage and he frickin’ crushed it and…over the course of eight years…he got to know my former band leader—they worked on an album together. He moved to Nashville, and we’ve actually become best buds. Like, he’s one of my closest friends, and he’s got an incredible music career that he’s building, and I’m really excited for him—Jimmy Connor is his name…Since then, I’ve always tried to make the effort, that if somebody wants to sing on stage, there’s typically a very good reason for it! Haha. They’re probably more talented than words can describe. Their voice needs to be heard…I think one of my biggest messages during this chapter is that everybody’s voice needs to be heard—your voice should be heard.”

Hunter went on to relate the story of Jimmy to the fan he encountered that night in Atlanta.

Hunter: “That night was the first night of us playing the show that we had built, and rehearsed, and worked so hard on, and…I felt like, yeah, if my message is ‘your voice needs to be heard’—it was such a God moment that she [also had] a sign that said ‘I want to sing with you.’ I was just like…this is beautiful! [laughing] Please come up on stage! Sing for the world! Let the world hear you. I love moments like that, because they’re so—they just break all the walls down…just real human moments and connections…and she was super talented too, man! She came up and crushed it…It’s moments like that, that you tell the stories of her [for] years to come, and that’s just the beginning of her story, you know?”

PopMalt: “That’s awesome, man. I think that fans love being able to relate to who they look up to musically. Was there someone like that that you really looked up to growing up? Like, if you were in the audience, and you wanted to sing with your idol growing up—who was that for you?”

Hunter: “Ah man…It’s so funny, because like…if you asked me 15 years ago, that answer would’ve been so easy—but now…that list! I would have to go through the list and tell you who exactly…there’s so many…”

PopMalt: “Yeah! Maybe one person—who did you look up to growing up—who’s kind of had a big influence on your music, where it’s evident that they really had a big part to play in just whatever—your sound, or your message, or just someone that really inspired you?—You know, like when you said, ‘I want to do music too.’”

Hunter: “Man, I have to say—I think one of the people that has made the biggest impact on me has been Bono from U2. If I was in the audience at a U2 concert, I would give anything to step on stage and sing something with him.”

That would truly be a great moment for all of us. This year, fans of Hunter Hayes will get the chance to relate to him on a much deeper level, and it’s truly inspiring how he advocates for those who may not have a voice themselves. Thank you, sir.

Update: On May 17th, Hunter and his crew jammed out at the Ogden Theater in Denver, CO. He started out the set by performing some of his new material from his forthcoming album our later this year. It was evident that his band, especially his keyboard player, have an extensive background in music.

The same can be said about Hunter, who continuously shredded it on guitar that night, proving to fans and critics alike that he’s not just good on the record alone. All the upbeat fun didn’t take away from the pensive moments either. He got real with fans with new songs like ‘Dear God’ and old ones like, ‘Invisible.’ His passion, relatability, and love for his fans was felt all night.

It’s going to be a great year for Hunter Hayes.

This article was edited to include our coverage of Hunter’s concert on May 17th.