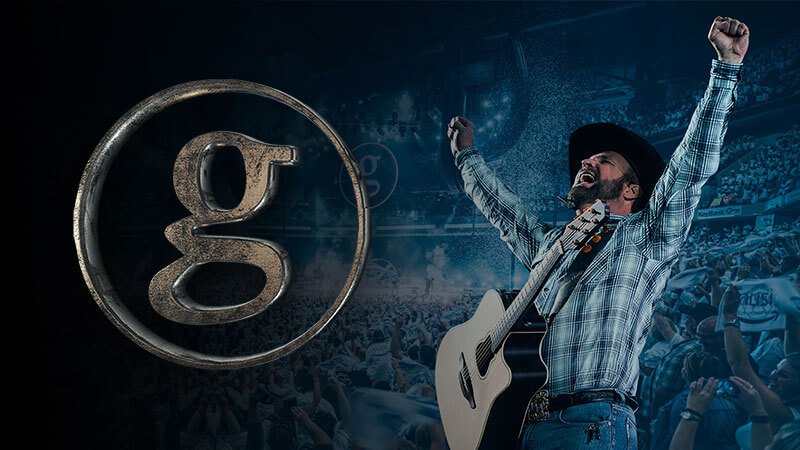 If there was ever a once-in-a-lifetime opportunity, this would be it. Country music icon Garth Brooks made his way back to Denver, CO over the weekend for ‘The Garth Brooks Stadium Tour’ and sold out Mile High Stadium at a record-breaking 84,000 tickets—that’s more tickets sold than ANY event in the 18-year history of Mile High Stadium (U2 previously held the record of 77,000 back in 2011). We had the pleasure of taking part in history being made that night.

Garth and his opener Joe Nichols gave country fans a night they will never forget. The perfect June night saw country’s finest playing anthems that echoed out into the streets of Denver. Brooks played for over two hours to a stadium full of fans that hung on every word he sang. The set was also a live recording. A cascade of cellphone lights filled the arena accompanied by a roar of cheers that continued all night long.

He played all the hits you could imagine from ‘Standing Outside the Fire,’ to ‘Callin’ Baton Rouge’—all while running around the gigantic stage in the center of the field all throughout the show. For a boy from Tulsa, Oklahoma that altitude must have been insane. Looks like he has friends in high places as well. After playing, “Ain’t Goin’ Down (‘Til the Sun Comes Up) he joked, “Are you kidding me? Really? I thought we were gonna take a break after that number. Oh, we’re just getting started!”

Brooks spent a significant amount of time giving well-deserved shout-outs to his talented band—many of whom have been on tour with him since the early to mid-90s. Robert Bailey, for example, has been singing background vocals for Garth since 1992, while organ/accordion player Blair Masters has been with him since 1996 (Garth jokingly called him the “rookie”). ‘Friends in Low Places’ featured legendary band member Jimmy Mattingly playing the iconic line on fiddle.

He also gave Musicians Hall of Fame inductee Chris Leuzinger a shout-out for being an amazing band leader all these years. The performer played fan requests and even did some covers as well—one of them being ‘Girl Goin’ Nowhere’ by Ashley McBryde and another being ‘Turn the Page’ by Bob Seger.

During ‘The Thunder Rolls’, the jumbotron featured live clips of the Denver Broncos horse statue that reigned high above the crowd. The singer even had a custom-made Garth Brooks Denver Broncos banner that he proudly raised for everyone to see. The stadium went nuts. Brooks has a special affinity for Mile High City, “It was Denver that took us in like a child of its own way early in this career.”

Brooks got emotional as he played his favorite song, ‘The Dance,’ calling the song ‘timeless.’ It was clear that he was grateful for how long he’s been able to do this. He tweeted after the show, calling it the greatest night of his career.

Epic is an understatement! Denver, YOU just gave me the GREATEST night of my career! THANK YOU!! love, g #GARTHinDENVER pic.twitter.com/mElP99hvP4