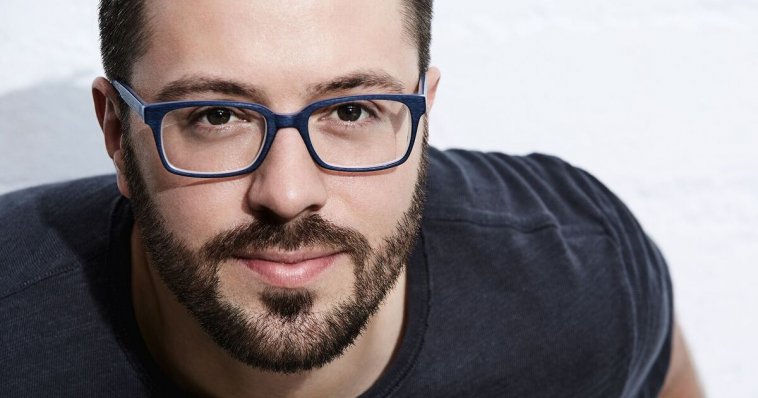 I recently had the privilege of speaking with American Idol alumni Danny Gokey about life, faith, and his new single The Comeback. Danny first made his way into the hearts of American Idol fans in 2008 only one month after the tragic passing of his first wife, Sophia, who had encouraged him to enter the competition in the first place. After placing third, Danny has gone on to a successful music career, having produced five studio albums including Rise, which released January of this year. His hits include songs such as Tell Your Heart to Beat Again, Hope in Front of Me, and Rise.

Through Danny’s music and through his charitable efforts (and his life in general), he has touched millions of lives. Despite the difficult hardships he has endured, he lives his life with incredible optimism. Speaking to this, Danny said “I had the opportunity to go and get bitter and get worse, which some people choose, but I’m just so thankful that I was able to, through my faith, choose a better route because it has really benefited me and benefited others. My music really has had that tone of hope and believing and faith that was birthed out of that [loss].”

While many of Danny’s top songs address hardship, he doesn’t stop there. He brings listeners through to the other side of the hurt. “When I do shows and hear people say ‘Your story got me through this part of my life,’ that’s really, really encouraging. And so it puts a purpose to the pain that I went through as opposed to when we don’t have purpose for our pain—we kind of hide it and shove it in the closet of our lives and we don’t know how to process it. It really kind of rots on the inside of us, but when you find purpose through it and you’re determined to make good come out of something bad—and you see the fruit of it in other people’s lives, it really gives you a reason to live.”

Danny’s message of faith and hope isn’t just something he says now that the grief of his wife’s passing is farther behind him, but something that he himself proclaimed even in his darkest hours. As fans of American Idol will remember, Danny sang Carry Underwood’s Jesus Take the Wheel during Country week on the show. He chose this song in particular because it resonated with what he was going through in his personal life at the time. In many ways, this song choice was a foreshadowing of the inspirational music he’d one day write and produce on his own. He said, “I just remember how that song resonated with me. It was something that I believe pushed my faith. Jesus is a huge part of my faith, so I was like, you know what, I’m going to sing something that’s true to me, something that is—really at this point of my life—that I know speaks to my heart. So when I sang it I got a really good response from so many people.”

Danny’s story is one of heartbreak, success, and new beginnings—in more ways than one. When he was 25 years old, he found himself driving a semi truck for a living—a far stretch from his dream job as a professional musician. It was at this time that he admitted thinking “If I was going to make it in music, I would have made it already.” He wouldn’t find out until later, but he couldn’t have been more wrong. Convinced that music as a profession wasn’t in his future, he decided to make the best of his life by helping others. “I was involved in a church where we were taking money and we were helping homeless and helping families that didn’t have much. And I was like, ‘You know what? I’m gonna just dedicate my life investing into business and try to help people.’ And oddly enough, my story went a different way. My wife ended up passing away, and I tried out for American Idol. It was kind of like all my dreams I had of business, real estate, of helping people and doing music, all kind of came together. Out of American Idol, I started an organization called Sophia’s Heart which is helping homeless families, and I started investing in real estate. It’s kind of interesting to see how they all came together. I learned a lesson that even when we think our time is up, God has more plans for us than we think.”

Sophia’s Heart was actually started with insurance money that was paid out to Danny after his wife’s passing. He said, “I took this check and said I can’t spend it on myself. I’m gonna start a nonprofit that’s gonna keep the legacy alive. We housed over two hundred homeless families on site at our location in Nashville and about five or six hundred kids in Milwaukee participated in our music and arts program. It was a pretty amazing feat to see how that little bit of money turned into helping so many people. We built an orphanage in Haiti, we built about twelve to fifteen wells in India and South America. It’s just really beautiful how good came out of it. Part of my dream was always to help people, and it was neat how I could kind of channel my pain to bring hope to other people.”

Danny’s new single The Comeback touches not only on his own story, but the stories of so many others he’s been able to help through his mission in life. He wrote the song with two friends of his, one of whose daughter is dealing with one of the rarest diseases in the world—with medical expenses alone costing over $400,000 a year. Danny said of the single “It’s becoming an anthem for people who just need life to be different, and I’m absolutely loving it. I love how it came out. It’s just one of those songs that hopefully when people listen to it they just feel energized and inspired to keep fighting and not give up.”

With so many negative voices in entertainment today, Danny has strategically purposed himself to be a voice of hope through not only his music, but in how he lives his own life. After talking with Danny, I can confirm he’s genuinely passionate about making a difference in the world. When asked about getting through dark times, Danny said “Sometimes people just settle to believe that there is no good and that, you know, ‘que sera, sera—what will be, will be.’ I only want to challenge people that there is more than what meets the eye. A big thing for me has always been my faith—one of the things in my life that’s important to me. Not everyone’s going to gravitate to this, and I don’t want to hit people over the head with this, but I think that’s where my faith has played such a big part. Because my faith allows me to believe that better is coming because there are hands in heaven that are doing things that I can’t see but are doing things in my favor. […] If they don’t want to believe that then I have to take a different way and say, ‘Well then you got to look inside yourself and believe there’s better inside yourself and not settle where you’re at.'”

Danny and his wife Leyicet Paralta have two children together, four-year-old Daniel and two-year-old Victoria. They announced earlier this year that they are expecting their third child, but have chosen to wait until the child’s birth to learn the gender. “Yeah, it’s a secret still. We don’t know. We’re gonna wait,” Danny told us.

Here at PopMalt, when we’re not serving up articles, we’re mixing up drinks. So, just for the fun of it, we like to ask our guests questions about drinks. I asked Danny what he’d order if he could have any drink in the world, right now. He said an organic iced vanilla latte would hit the spot. Not a bad choice, Danny!

Check out Danny’s new single The Comeback below or on Amazon Music, iTunes, etc. You can also follow him on Facebook, Twitter, Instagram, YouTube, or on his website. If you’re like me and you’re loving those glasses he rocks, you’ll be glad to know that official Danny Gokey Eyewear can be purchased here. I hope you enjoyed The Comeback! Let us know what you think of it in the comments below.