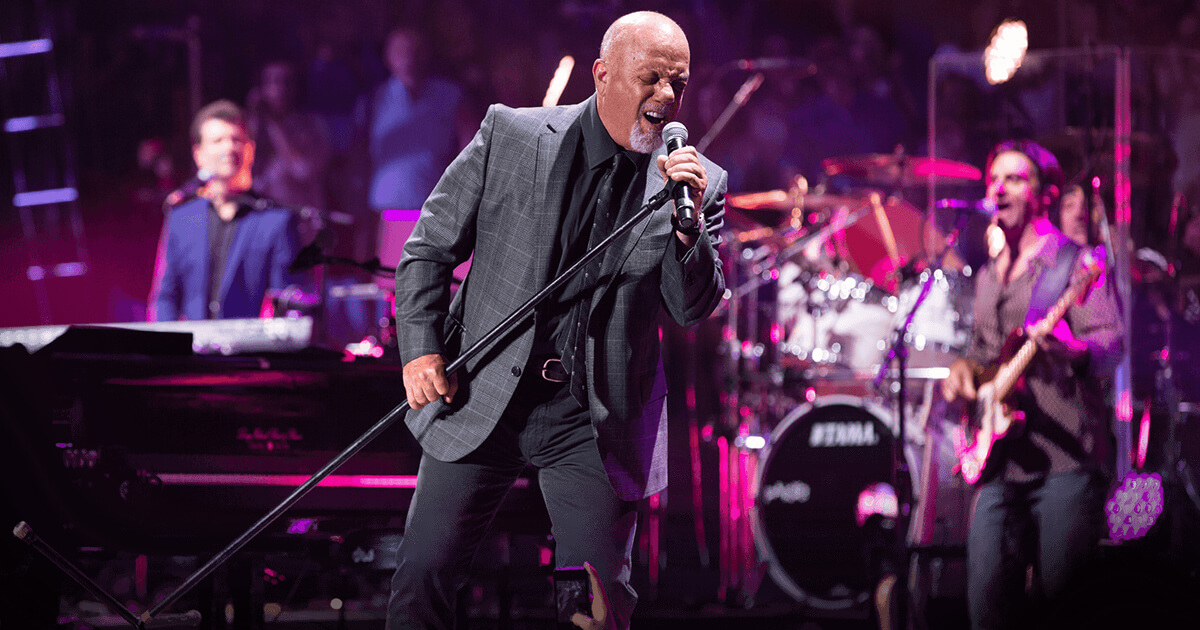 Today, there are a few young millennial artists who have risen to the occasion of becoming the world’s latest and greatest singer-songwriters. From England’s Ed Sheeran and Adele to America’s Shawn Mendes and Camila Cabello, singer-songwriters have proven to the planet that good songwriting still exists. We can never forget where we came from, however, and must realize that the good artists were always influenced by someone else. Fans of Taylor Swift should cite influence to Shania Twain. Listeners of Bruno Mars should know the work of George Clinton. And, admirers of Ben Folds must give credit to Billy Joel.

Joel represents an era of artists that dominated the 70s and 80s, who continue to be discovered by younger generations every day. Thursday, the Piano Man himself tickled the ivories once again for tens of thousands of people at Coors Field. No opening act. Just Billy. At age 70, the soft rock legend is still playing stadiums. This just goes to show how much he is loved worldwide.

The beginning of the evening saw the crowd getting settled into the stands, as one could observe multiple selfies being taken throughout the baseball field—it was evident that fans wanted to preserve every moment from a night that would not soon escape their memory. Suddenly, the background tunes concluded, the stadium lights went black, and a unified roar of thunderous applause filled the arena. Oceans of cell phone lights appeared to capture the entrance of the music icon. And, just like that, he was there. Billy Joel in the flesh. This was truly a once-in-a-lifetime experience.

“One, two…one, two, three, four!” The singer got right into it with ‘A Matter of Trust,’ as he planted himself behind the mic stand and went to town on his electric guitar. Dancing commenced as he and his top-notch band played the familiar melody. After a few songs, Billy finally shared some words with the cheering audience, “Thank you very much. Good evening to you Denver, Colorado!” The greeting was met with enormous applause. “It’s been about four years since I’ve been here, and I ain’t got nothing new for ya!” Howls of laughter could be heard, followed by more applause.

Joel was hilarious. As relatable as they come. He mentions how when he started doing music, he never could have imagined where he’d end up, “I had no idea I was gonna end up in a baseball stadium. Absolutely no idea. Life is funny,” the pianist playfully pointed out. Talk about being a realist. He would humorously give frank backstories about songs that are now considered classics, including ‘The Ballad of Billy the Kid,’ and how many historical inaccuracies there were in the lyrics. At one point he pulled out an oxygen tank, “They gave me an oxygen tank. This ain’t helium, is it?” He acknowledged his presence in the Rocky Mountains before playing ‘The Downeaster Alexa,’ while joking, “This isn’t about the Rockies at all. It’s about Fishermen.”

That evening, any and every fan of Billy Joel would’ve heard one of their personal favorites. From ‘My Life’ to ‘Movin’ Out’ there was something for everyone. One part of the night saw the songwriter leaving the choice of what he played to the people. He either could play his hit, ‘Just the Way You Are,’ or the B-Side (to which he referred to as non-hit) ‘Vienna.’ The people voted ‘Vienna.’ The Bronx native dedicated ‘New York State of Mind’ to his music teacher Chuck Arnold, who now lives in Colorado and was in attendance that night, “He was the teacher that impacted me the most when he said, ‘You should be a musician.’ Nobody ever told me that before! I said, ‘Okay.’ …Here I am!”

The concert had other inspiring moments as well. His ensemble consisted of world-class singers and musicians, including saxophonist Mark Rivera, percussionist Crystal Taliefero, and rhythm guitarist Mike DelGuidice. The three of them could sing just as well as they could play. Joel carved out various moments throughout his set to highlight their talent. DelGuidice was a standout, as he gave a stunning performance of ‘Nessun Dorma.’ It was brilliant to see classical music sprinkled into a contemporary show.

Joel’s excellence was seen throughout the night as played from the rotating grand. His fingers gloriously glided onto every key in perfect harmony. He saved the best for last, of course, with his career-defining, ‘Piano Man.’ An encore followed with ‘We Didn’t Start the Fire,’ ‘Big Shot,’ and ‘Uptown Girl.’ Other setlist items included ‘Allentown,’ ‘She’s Always a Woman,’ and ‘I Go to Extremes.’

As the jumbotron displayed his musical greatness for all to see, all I could think was, “Wow. There he is. Billy Joel.” I know I wasn’t alone in that thought process either.

Think about it. Music is life. Songs accompany us on our daily journeys—weddings, funerals, house cleaning, birthday parties, high school dances, and years of traffic jams. Many fans of music, though, will never encounter their favorite artist in person. Ever. We’re talking a lifetime of hits, and the sole medium that a global artist can ever be exposed to most of their fans is by a recorded song or a broadcasted image on a screen.

It’s impossible for someone of their caliber to have an in-person conversation with every one of their admirers—to understand the impact that their music truly had. And yet, for a moment in time, a performer can catch a glimpse of it when they step on that stage. They’re able to witness a multitude of smiling strangers singing their anthems word for word. They begin to realize that these songs weren’t just their songs. They were everyone’s songs. Thursday’s show was an example of this. Thousands of grateful fans were finally able to see the man who provided the soundtrack to their lives for nearly 50 years.

Purchase tickets to see Billy Joel in concert at BillyJoel.com. Connect with him on social media @billyjoel.